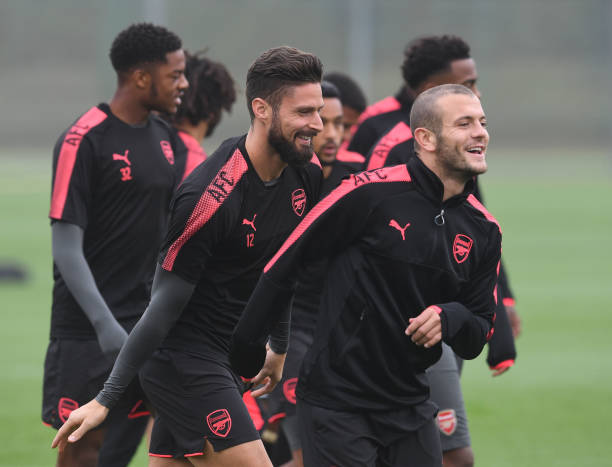 Jack Wilshere announced his decision to leave Arsenal a few days ago and he will be leaving the club when his contract expires, his announcement has surprised many because the Englishman was seen as one of the passionate Arsenal players by many including Olivier Giroud.

Wilshere and Giroud were together at the Emirates Stadium for about five years and were close friends since they had known more about each other before the Frenchman recently left the North London club to join Chelsea in the January transfer window.

The Chelsea striker says that it was big news to him to learn that Jack Wilshere is leaving Arsenal and indirectly threatens gunners new boss Unai Emery that it will be his responsibility for letting go of the English international who has spent a decade at the club.

“Jack is a good lad, a very good player, a very talented and it is a shame he had so many injuries.” said Giroud.

“It’s a big loss but I hope he will bounce back as soon as possible at a good club.”

“The new manager makes the decision and he has the responsibility for the team and the player.”

Jack Wilshere has faced many injuries during his career at the Emirates Stadium but he was injury free last season as he finished off the season fully fit since he was even hoping for a spot in England’s World Cup squad but didn’t get chosen by Southgate. Olivier Giroud also recognized the hard work the 26-year-old made as he says that Wilshere was strong last season.

“He came back well last season and it was good to see him on the pitch, enjoying his game and being strong.” the striker told Metro.

Jack Wilshere has not revealed what his options are but it is reported that he will be leaving England this summer to join a club in the other leagues but still in Europe.