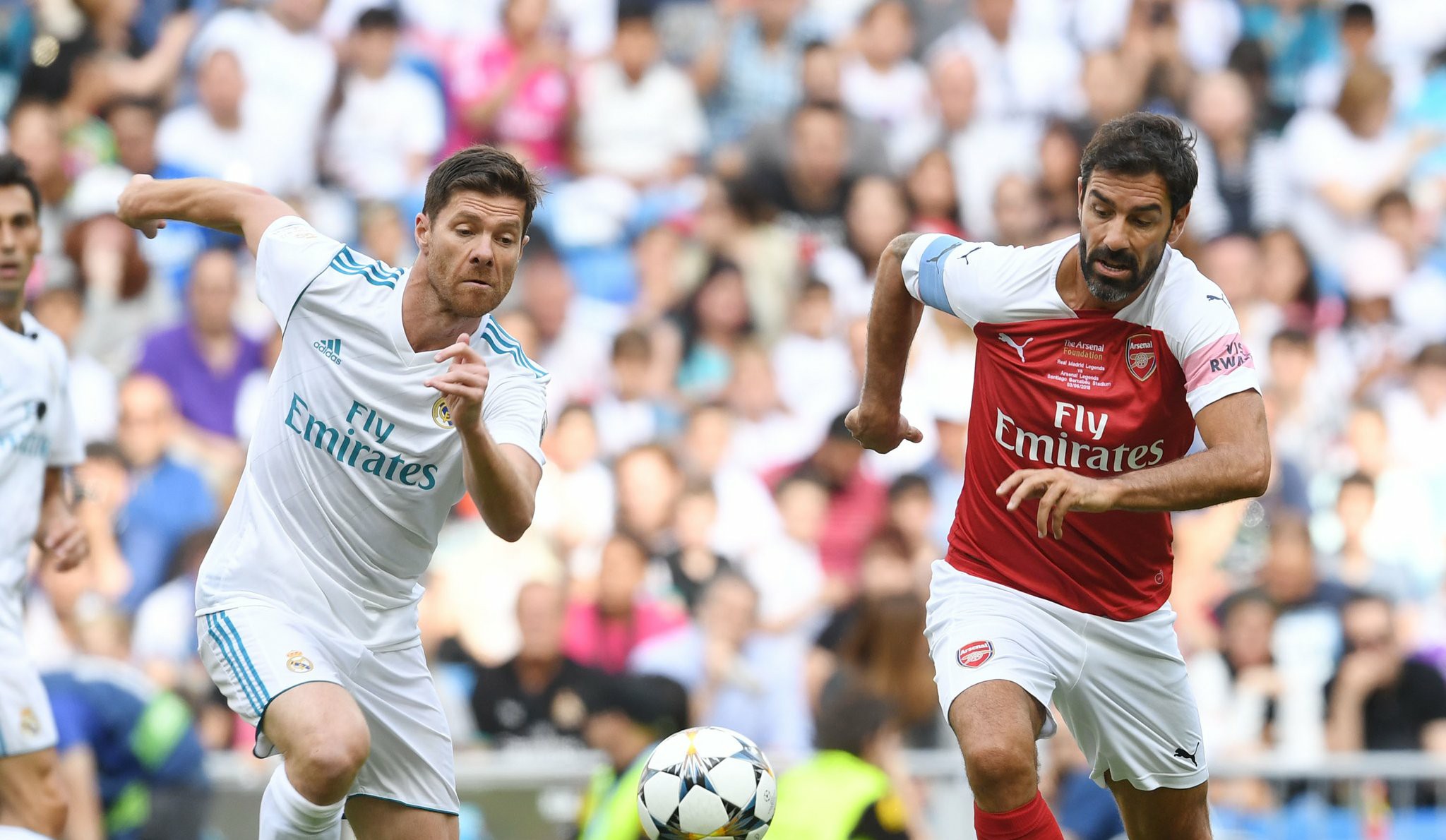 The Arsenal and Real Madrid faced each other today as they revived their past rivalry but it was also for charity to the people in need of aid. The gunners ( legends ) got defeated by the Real Madrid legends who won the match 2-1 thanks to early first half goals.

The match started lively for both clubs but it wasn’t that pacy since almost everyone in both squads is over 40-years-old so it was a simple match but played with players that have great skills on the ball because they were still able to pull them off even though they are now old.

Real Madrid legends were the first to go on the score board after a well passing move which saw Rahul receive a well delivered cross which he headed into the back of the net, Arsenal former goalkeeper and legend Seaman wasn’t able to stop it from going in just six minutes.

It took the Arsenal legends twelve minutes to get an equalizer and Robert Pires was behind it after he sent a through ball to Boa Morte who looked set to cross the ball but went for it, and was fortunately successful as it went in to make it 1-1.

There gunners failed to hold onto the lead for long as they conceded after two minutes after Real Madrid legends regained the lead through Guti who fired a short-range shot past Seaman which was enough for a win. The Arsenal legends will have a chance to revenge their defeat in September when the Real Madrid legends come to the Emirates Stadium for the return leg.

Related Topics:ArsenalReal Madrid
Up Next