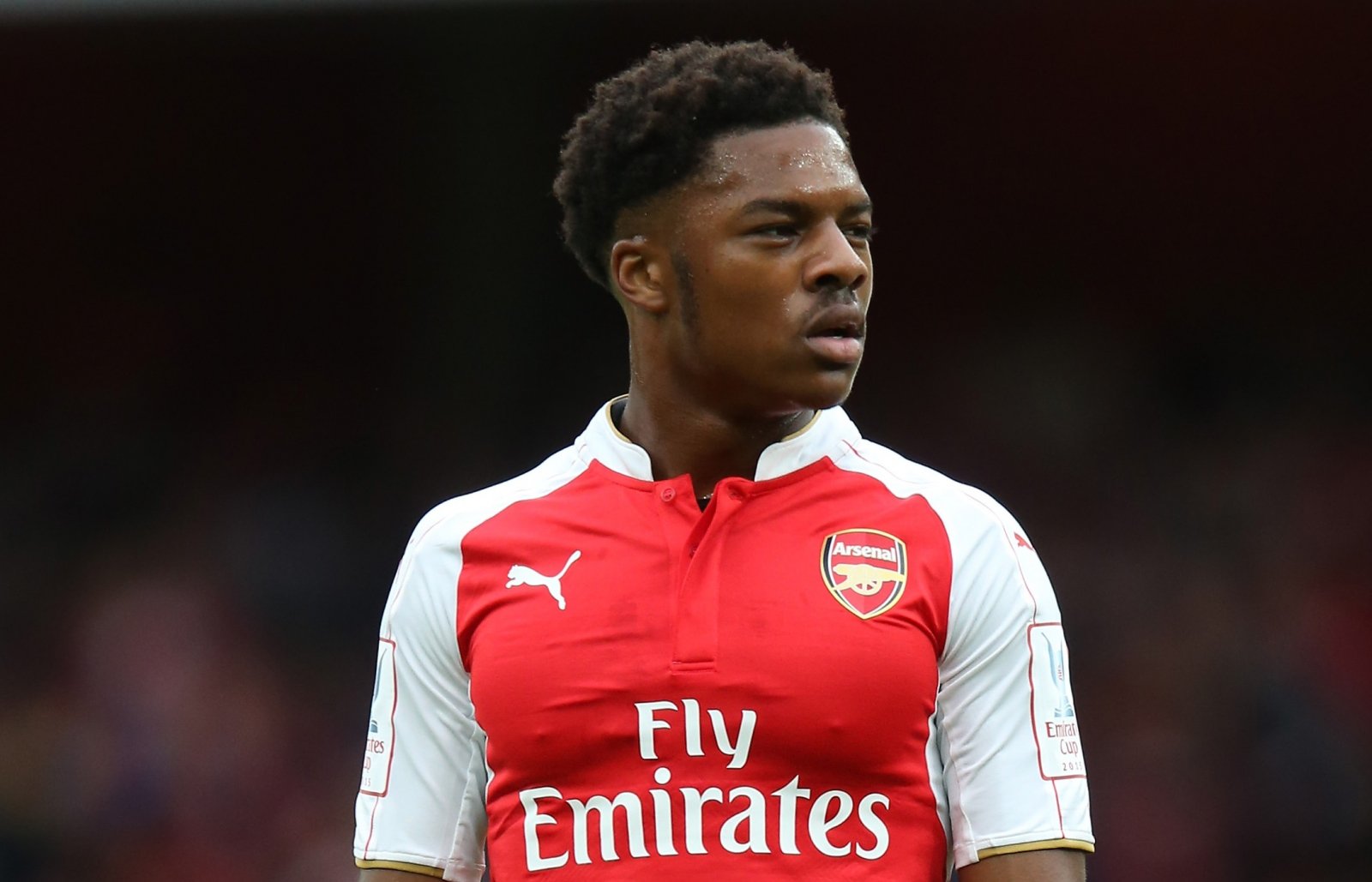 Arsenal youngster Chuba Akpom will be returning to the club this up coming season after his loan deal at Sint-Truiden where he spent the half of the 2017/18 season.

The young Nigerian international wasn’t included in England’s squad that is in Russia for the FIFA WORLD CUP so the striker is enjoying the holiday at home and he filmed a short video which showed him display his footballing skills as he controlled the ball pretty well.

He took to Instagram to share the video to his followers and you can see that the video could have been done at his home since in his pants.

Chuba Akpom will be hoping not to get loaned this summer transfer window because he has failed to make his breakthrough to the Arsenal first team in the reign of Arsene Wenger but the Frenchman has left so he will be waiting to see if Unai Emery will offer a chance to a young player like him next season.

Arsenal have over four experienced forwards at the club so Chuba Akpom will likely be loaned in this transfer window or be sold if he feels it is time for him to start a career at a new club permanently. The 22-year-old scored just once in the few months he spent at Sint-Truiden.

Related Topics:ArsenalChuba Akpom
Up Next