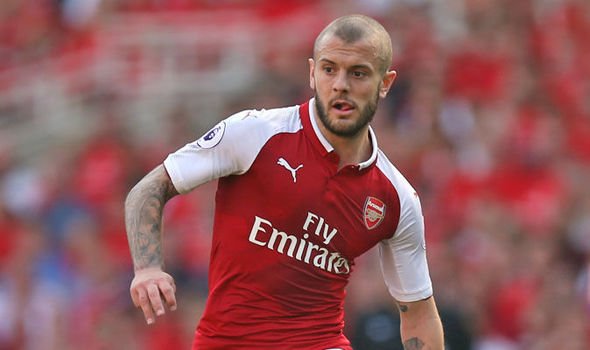 Jack Wilshere will certainly leave the Emirates Stadium in the coming days or weeks after he reportedly chose to leave the club after the talks he had with new Arsenal manager Unai Emery.

The midfielder was offered a new deal by Arsenal but he was told by Unai Emery that he won’t be in the plans of the manager next season meaning he may have to warm the bench in the 2018/19 season. There are three Premier League clubs interested in Jack Wilshere but Went Ham United are the ones leading in the race to sign the 26-year-old this summer.

The Sun claims that West Ham United have told Jack Wilshere that their manager Manuel Pellegrini will build his squad around the Englishman in a bid to convince him into joining them, the report says that the hammers told the midfielder that they will make him one of the most important players in London.

Wilshere is likely to accept to join West Ham United if they offer him a reasonable deal and he will be assured of a starting spot in the lineup of the hammers because they want his services at the club, the 26-year-old is leaving the Emirates Stadium because he is un sure whether new boss Unai Emery will trust him next season and make him a regular so he wishes to choose a team which will have him playing weekly.

West Ham United have been linked with Jack Wilshere in the last three transfer windows but this time a move is more likely since his deal at the Emirates Stadium is expiring soon.

Report: Arsenal To Complete Signing Of Lucas Torreira This Week