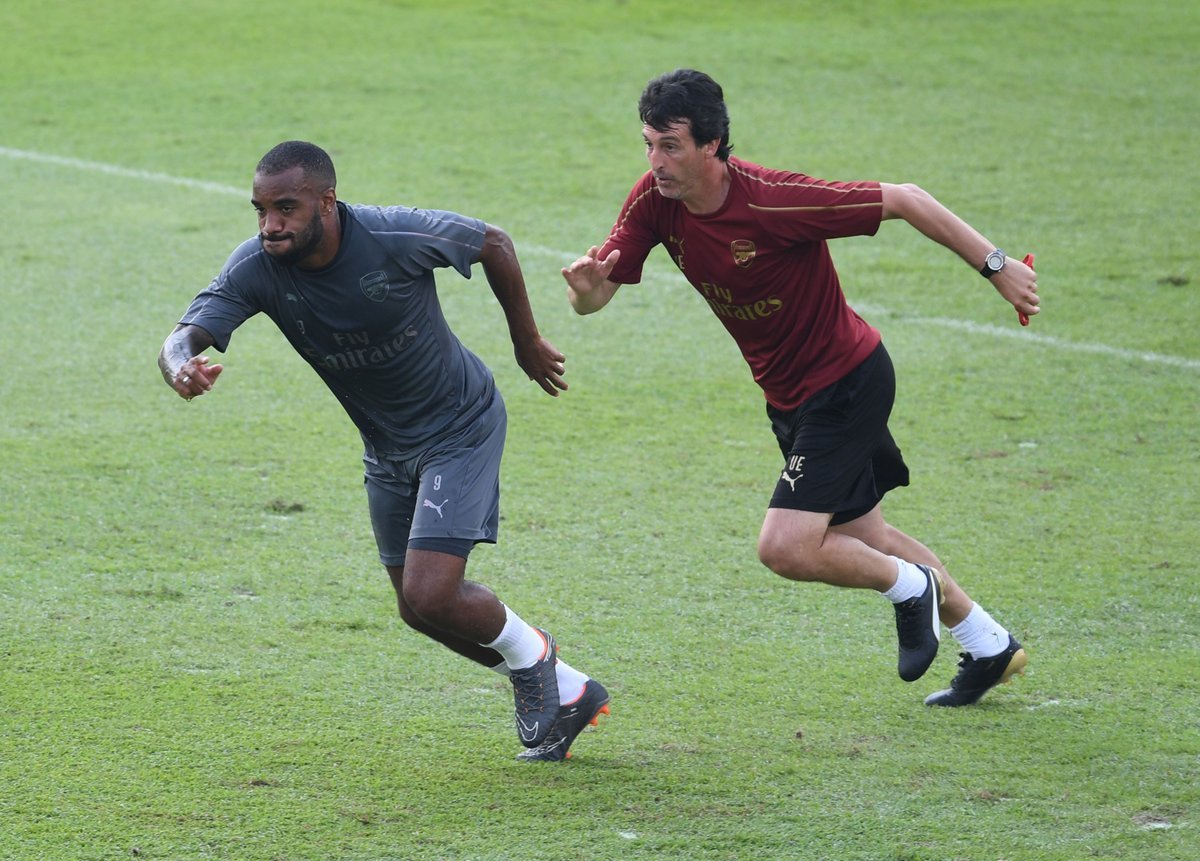 The Arsenal squad travelled to Singapore on Sunday to play the International Champions Cup which is a pre-season competition which will see the gunners face three clubs.

So the players have already begun training and the Arsenal players were today working hard to get in shape ahead of their first match which will be against Atletico Madrid, Arsenal fans on Twitter have however got confused after the club tweeted a picture which showed the manager Unai Emery seemingly running after Alexandre Lacazette on the training grounds in Singapore.

Here is the picture which shows Unai Emery seemingly taking part in the training as he literally runs after Alexandre Lacazette.

Arsenal fans have found this picture interesting as everyone had his own thoughts about what he believes that was going on and you can take a look at some of the best replies about the picture.

“you win I sell welbeck!”

Lacazette running away with Unai’s USB’s

Emery: I’ve already told you that Aubameayng will be playing in the centre, NOW GET BACK HERE AND PLAY ON THE GOD DAMN LEFT WING

Lacazette running away with Unai’s USB’s

Arsenal fans took the chance to make some jokes which were interesting while others are happy that they now have an energetic manager who can show players how it’s done to put them in the right shape he wants them in.