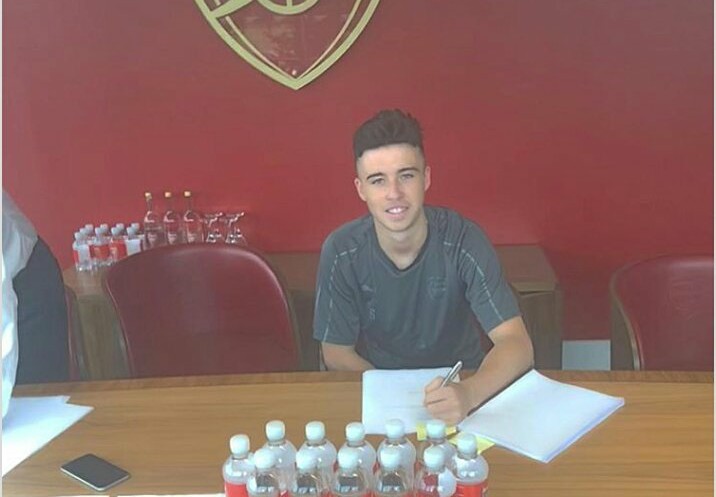 Arsenal has been busy in this transfer window and the gunners didn’t just the signing of Lucas Torreira yesterday but they also signed Sunderland wonder kid Sam Greenwood.

The youngster has attracted interest from a number of English clubs including Arsenal’s arch rival Manchester United who were also eager to sign the player but failed to convince him since he chose to come to the Emirates Stadium instead of going to the Manchester club.

Sam Greenwood confirmed his transfer to Arsenal via a post on his official Instagram account where he says that he is happy to come to the North London club.

Today is the start of a new chapter in my life signing for this unbelievable club @arsenal 😃 and I can’t wait to get started, I’m looking forward to the challenges ahead 👊🏼.Leaving @sunderlandafcofficial after 10 years the club I love and support was a very hard decision, I have met some special people along the way ,big thanks to @sunderlandafcofficial and all coaches past and present for everything they have done for me . I will never forget my roots .💪🏼❤️

“Today is the start of a new chapter in my life signing for Arsenal  and I can’t wait to get started, I’m looking forward to the challenges ahead.”

“Leaving Sunderland after 10 years the club I love and support was a very hard decision, I have met some special people along the way ,big thanks to Sunderland and all coaches past and present for everything they have done for me, I will never forget my roots .”

The 16-year-old will be playing for the gunners next season and he will be hoping to break into the first team in the coming years but for now he will be in the academy team.

OFFICIAL: Lucas Torreira Joins Arsenal And He Has Already Been Given A Shirt Number