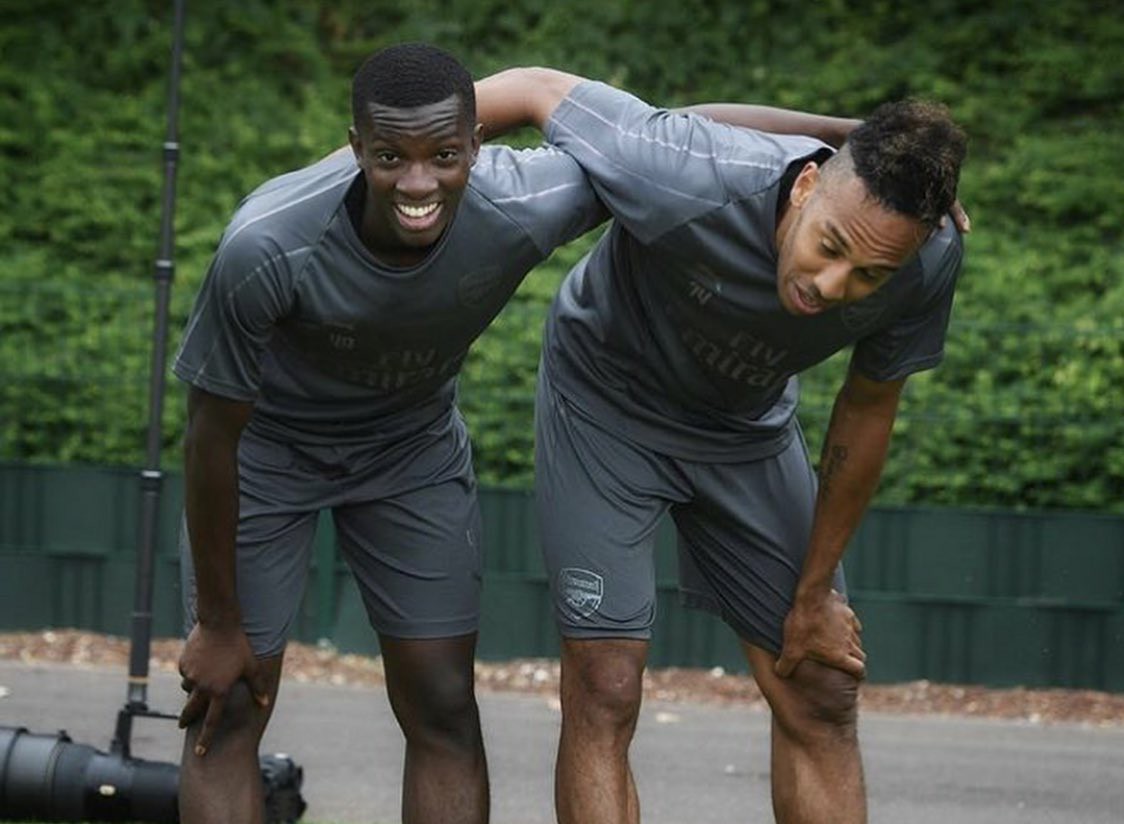 ( Aubameyang and Eddie Nketiah in training )

Arsenal players reported back to the club two weeks ago and they finally met their new manager Unai Emery who has held now a number of training sessions with the players that are available for the up coming pre-season matches.

Pierre-Emerick Aubameyang is among the players that has taken part in all of Arsenal’s training sessions of Unai Emery and there has been rumours that the new gunners boss is over working the players in the training as he seeks to remove any laziness in them ahead of the up coming 2018/19 season.

Aubameyang is likely among the players that are finding tougher training sessions in Unai Emery’s regime as he took to Twitter to show how the training is exhausting him. He attached a picture of him and Eddie Nketiah resting after a heavy training session.

Unai Emery has not been taking it easy for the players because he hopes to transform the squad next season and he has already revealed that he won’t be doing everything in the same way as his predecessor Arsene Wenger.

Related Topics:ArsenalAubameyangEddie Nketiah
Up Next