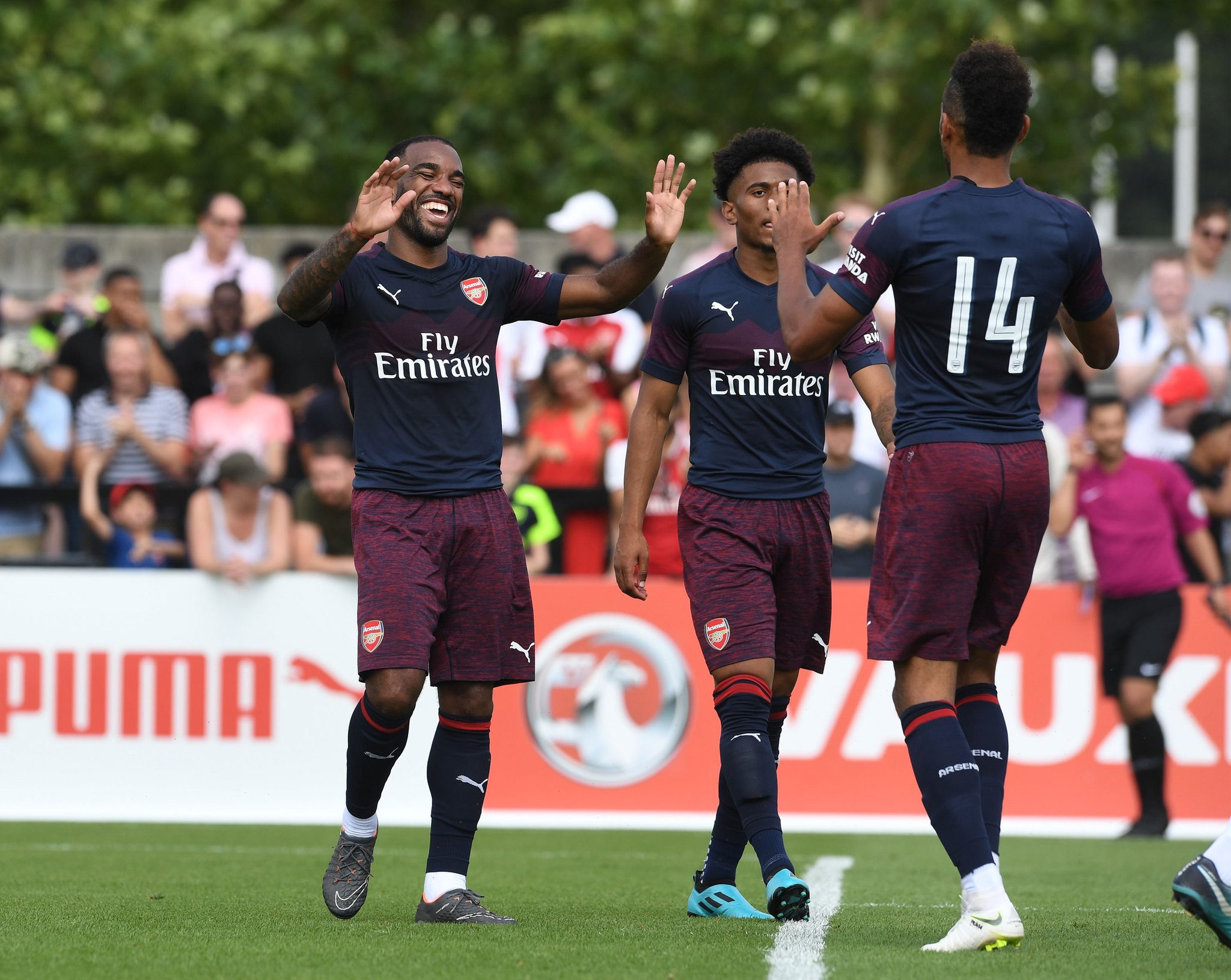 Today was an important day for Arsenal’s new manager Unai Emery because it was his first match as gunners boss since he took charge of the North London club a few months ago.

The match did go well as planned for the Spanish manager because his team which faced off against National League club Boreham Wood won the match with eight goals from Pierre-Emerick Aubameyang ( scored a hatrick ) Reiss Nelson, Alexandre Lacazette, Eddie Nketiah, Jeff Reine-Adelaide, Henrikh Mkhitaryan, all scoring to give Unai Emery an interesting 8 goal win in the friendly match.

Unai Emery didn’t spare Boreham Wood because his first half squad was very strong because the youngsters were only in the midfield but the gunners got to see their new defender Sokratis Papastathopoulos in action as he was fiercely in the back as he protected Petr Cech.

Aubameyang became the player to start Unai Emery’s era at Arsenal as he scored by shooting the ball into the back of the net in the first few minutes of the match and he followed up that goal by scoring twice to get a hatrick in just seventeen minutes. Boreham Wood wasn’t given any breathing space as the gunners scored the fourth goal thanks to a clean finish by Reiss Nelson.

Aubameyang who had already got a hatrick set up Lacazette who scored the fifth goal for the gunners and the Arsenal fans loved this because they believe these two attackers should work together next season even though it would mean using outdated formatios like 4-4-2. The first half ended 5 nil in favour of Arsenal.

Unai Emery made eleven changes when the second half begun which saw players Lucas Perez, Mkhitaryan and Ramsey play the remaining 45 minutes. The second half was very similar to the first half because the gunners dominated the possession and got their sixth goal through Eddie Nketiah and his goal was followed up by another one by Jeff Reine-Adelaide who scored by a long-range shot to make it 0-7.

The gunners then brought in their new signing Matteo Guendouzi from Lorient who kicked his first ball as a gunner but he didn’t score though. Mkhitaryan finished off the party as he scored the last goal of the match was the game was about to end.

WATCH THE HIGHLIGHTS BELOW ( sorry about the video quality)

Unai Emery will be pleased with the performance shown by the players today because it was a great win against Boreham Wood.

Video: Watch The Behind The Scenes In Unai Emery’s First Training