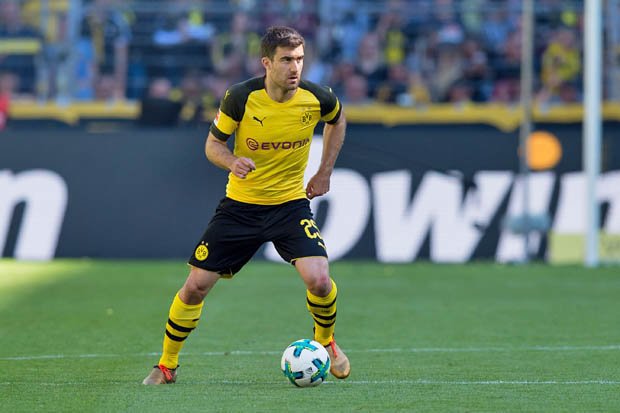 Arsenal transfer target Sokratis Papastathopoulos has reportedly been spotted at the Kalamata Airport where he is said to have board a plane which has flown him to London to complete his move to the Emirates Stadium.

The gunners have been linked with Greece international for the past few weeks but the deal failed to go through last month after Borussia Dortmund requested Arsenal to wait until the next financial year before the player leaves the German club.

The defender is said to have been on a plane on Saturday of British airways and it is said that he was coming to London where he will officially be unveiled as a gunner this week. The Borussia Dortmund player even posted this picture on his official Instagram yesterday where he waved goodbye to his hometown yesterday.

This is a picture which Sokratis Papastathopoulos posted on Instagram

It read; “Kalamata see you soon”

As of now, Sokratis Papastathopoulos is expected to be in London by now and this is a big relief to the Arsenal supporters who had started thinking that the reports linking him to the Emirates Stadium were just rumours.

Arsenal will be signing Sokratis Papastathopoulos on a £17million deal which will see the Borussia Dortmund man come to the Emirates Stadium after finishing many years in the Bundesliga.

Revealed: Why Arsenal Did Not Sign Max Meyer Yet He Is Free

Arsenal To Announce Signing Of £25million Midfielder Next Week