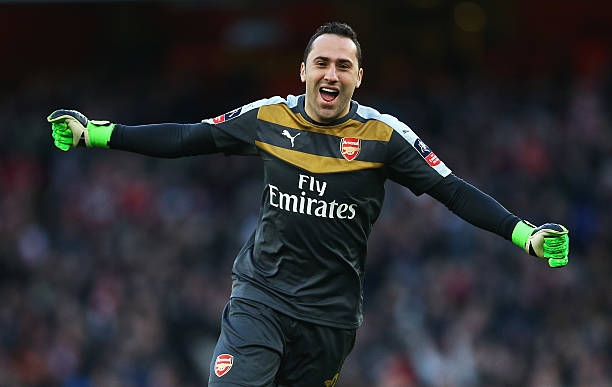 Colombian shot stopper David Ospina has only been a second choice for the gunners after Petr Cech since his arrival to the North Londoners in 2014. Having shown up more than four seasons he is presently purportedly thinking about his future.

New Arsenal boss Unai Emery has of recent secured the signature of another keeper Brend Leno from Bayer Leverkuson which will as well hinder Ospina’s chances of becoming a regular start at the club.

The 29-year-old impressed for his national team at the World Cup, making an extraordinary save from Jordan Henderson in the penalty shoot-out against England.

He is currently earning a good wage per week despite not being a first team starter at the club and he might decide to stay with the Gunners.

David Ospina’s h agent Lucas Jaramillo revealed that he is not contended with the situation his client is facing at the Emirates Stadium, he told golcaracol.com.

“David has had an excellent World Cup, it has been very important for him. It is not a lie for anyone to say that he finds himself uncomfortable at Arsenal.”

“There are several clubs interested in David, but leaving Arsenal is not easy. They’re a team that pays well and asks a lot for the player and we must add that he has a contract for two more years.”

The agent of David Ospina said that they will have to wait before making any decision but says that their priority is in Europe.

Related Topics:David Ospina
Up Next