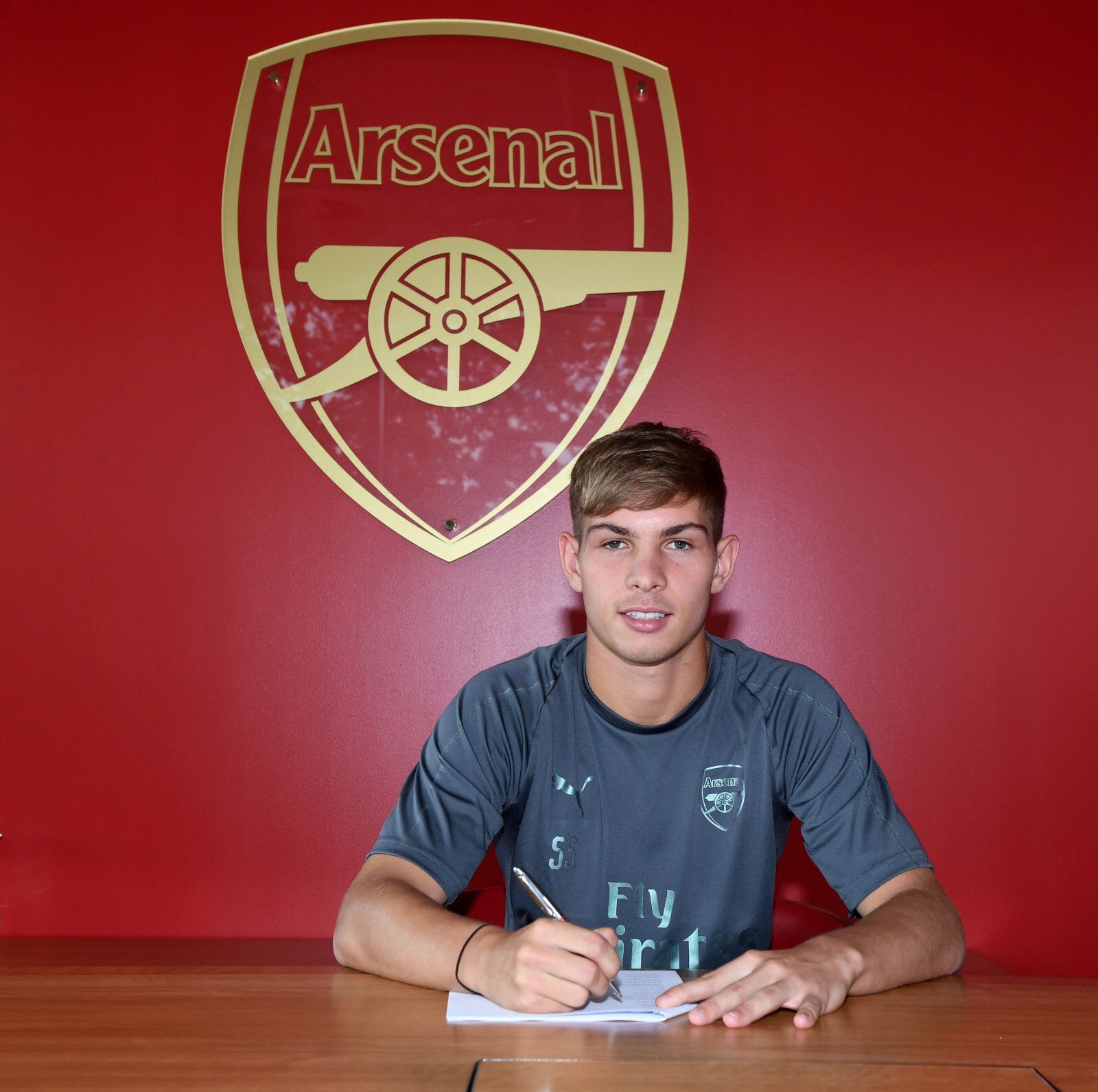 Arsenal has announced that Emile Smith Rowe has signed a new long-term contract to extend his stay at the North London club and this comes after the English international impressed for the gunners in their pre-season matches in Singapore.

The youngster scored against Atletico Madrid a few days ago in Singapore and the player was quite impressive in that match, he caught the eyes of the Arsenal supporters with most of them praising the midfielder on social networks with most urging Unai Emery to be using him next season.

A statement on the club’s official website  read; “Emile Smith Rowe has signed a new long-term contract with us.”

Unai Emery has shown interest in the Arsenal youngsters even though most football pundits said that the gunners policy of promoting young talents will end when Arsene Wenger left the Emirates Stadium but the Spanish manager also does believe in some of the young talented players  as he made a statement on Emile Smith Rowe after the youngster signed a new deal.

“I am pleased with Emile’s contribution so far this pre-season. He is working very hard and has lots of potential.” the manager told Arsenal Player.

“I look forward to working with him and the other young players and helping them to develop as Arsenal players.”

The manager didn’t say whether he will be using the youngster in the upcoming season but the English international is expected to play in the under-23 squad since he is still at 18-years-old but the Arsenal supporters will be waiting for him to get promoted to the first team in the next few years.

Emile Smith Rowe joins the list of players like Reiss Nelson and Eddie Nketiah who will likely get some chances in the UEFA Europa League matches of Arsenal next season.