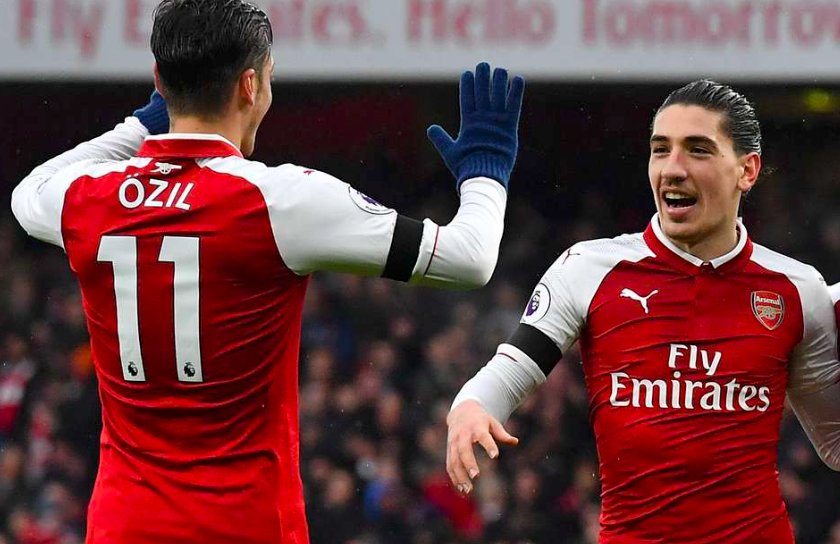 Mesut Ozil recently announced that he had retired from international football after the player was heavily criticized for taking a picture with the Turkish president.

The Arsenal midfielder is currently in Singapore for the Pre-Season tour of the gunners and he will be hoping to now fully focus on club football since he has ended his relationship with the Germany national team.

Mesut Ozil’s teammate Hector Bellerin has supported the German international’s decision to quit his national side and claimed that the midfielder has done a lot for his country over the last few years.

Surreal that someone who has done so much for his country on and off the pitch has been treated with such disrespect. Well done @MesutOzil1088 for standing up to this behaviour! https://t.co/w1dvWOHFYN

“Surreal that someone who has done so much for his country on and off the pitch has been treated with such disrespect. Well done Mesut Ozil for standing up to this behaviour!”

Arsenal fans have also backed the midfielder via Twitter and are happy that Mesut Ozil decided to quit the Germany national team because he will now put all the focus on the gunners, and they will also need him to be at his best in Unai Emery’s first season at the club.

Arsenal Gets Advised Not To Let Go Of Petr Cech