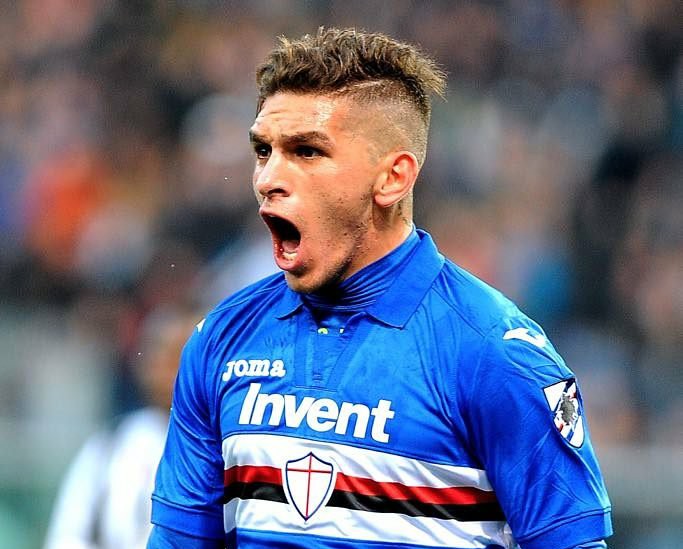 Lucas Torreira arrived at the Emirates Stadium this week after being linked with the gunners for weeks and the Uruguay international was officially unveiled as a gunner on Tuesday.

Lucas Torreira was playing for Sampdoria last season and the midfielder was very impressive for the Italian club in the 2017/18 season, the player left the club after finishing there three years and even the president of the Serie A club said that they feel hurt to lose the defensive midfielder.

Lucas Torreira didn’t forget about his club, Sampdoria which has promoted him which saw the gunners make a move for the midfielder so the now Arsenal Star took to Instagram to say goodbye to the Sampdoria supporters that has been there for him in the last three years.

“Goodbye is a word too big, so I’ll just say goodbye. I will do it because Sampdoria has been my family for two seasons and will remain forever in my heart. I say goodbye because, even if I will be far away, I will never forget the importance of having you on my side, everyone, since the first training in which I wore the most beautiful jersey in the world. Fans, president and company, coach, staff and companions, employees and collaborators.”

“I have grown a lot in these two years, you have welcomed me, you have trusted me and made one of you feel. And, one of you, I’ll stay for real. Hello, thank you and goodbye, Sampdoria. You will always have an extra fan. A hug, Lucas.”

The Arsenal fans will however be hoping to see the performance of the Uruguay international in the 2018/19 season because they liked how he performed in the World Cup before his country got eliminated from the competition.