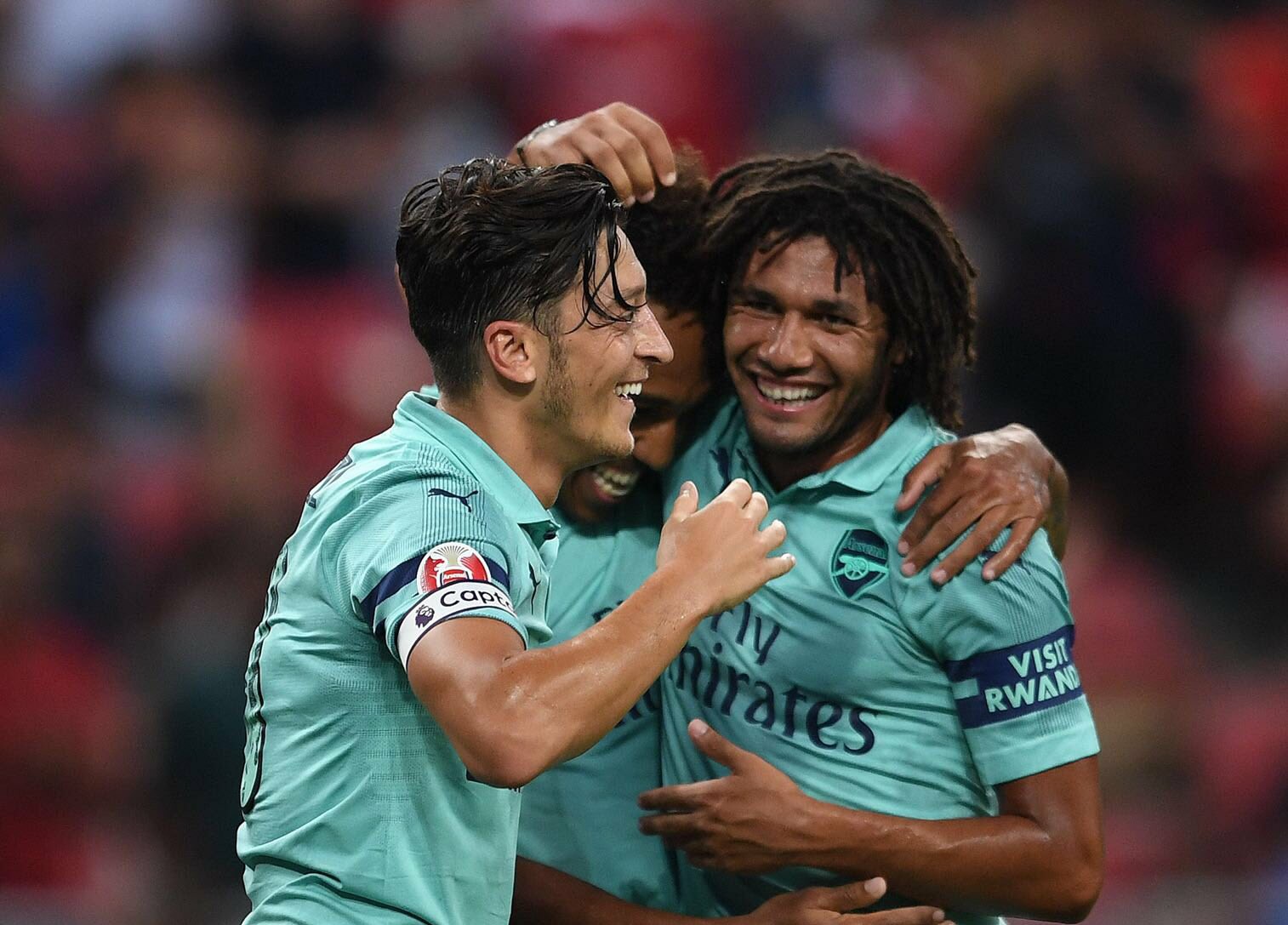 ( Arsenal players and Mesut Ozil in match against PSG )

Arsenal midfielder Mesut Ozil was given the captain arm band on Saturday when the gunners took on French club Paris Saint Germain in Singapore and the gunners won the match 5-1 with the German international scoring the first goal of the match.

No one knew that Unai Emery was going to choose the Arsenal midfielder as the captain of the day for the gunners but the manager even confirmed after the match that the star is capable of taking the responsibility of being captain of the squad ahead of the upcoming season.

It was also a special day for Mesut Ozil for being given such a responsibility even though it was at a friendly but the 29-year-old took to Twitter to show his excitement at being named captain in their match against Paris Saint Germain as he tweeted via his official account.

“Feeling proud to be captain today. Good win and another fantastic support here in Singapore”

Even though Unai Emery said that Mesut Ozil does have the qualities of becoming a good captain but some Arsenal supporters believe that the Spanish manager decided to choose him as captain on Saturday because he felt pity for him after his woes with the Germany national team which saw him retire from international football when he is still young.

Mesut Ozil said that he quit the Germany national team because they were discriminating him due to his Turkish roots and he has received massive support from everyone related to Arsenal because he has become one of the most loved players at the Emirates Stadium.

It seems Mesut Ozil is being considered with Aaron Ramsey on being the five captains which Unai Emery has said that will be in his squad in the 2018/19 season but some football pundits are against the idea of having the German international as a captain because they believe that he is to ‘polite’ to be a leader.