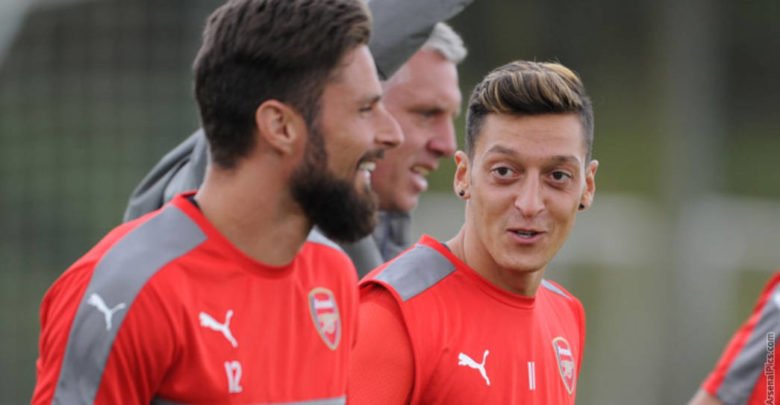 Olivier Giroud left Arsenal in the 2018 January transfer window and they were teammates with Mesut Ozil before his departure from the North Londoners.

Olivier Giroud alongside France won the 2018 FIFA World Cup after a successful performance in the most watched football competition and the Chelsea striker says that Arsenal midfielder Mesut Ozil used to boast of how he is a World Champion since he won the World Cup with Germany in 2014.

Germany were humiliated in the World Cup because they were knocked out from the competition in just the group stages. France’s victory over Croatia saw them win the World Cup and Giroud revealed how he once played with former World Champions, the Germans.

“I played with Germans at Arsenal and I was so jealous of them.” Giroud told BFM TV.

“Sometimes in the morning, Mesut Ozil would lose in training but he said shh, shh, I am a world champion.”

Mesut Ozil has faced a lot of criticism from Germany supporters in this summer due to his performance in World Cup and it said that the midfielder might retire from international football.

Arsenal Releases Squad That Will Travel To Singapore

Jack Wilshere: I Have Respect For Unai Emery