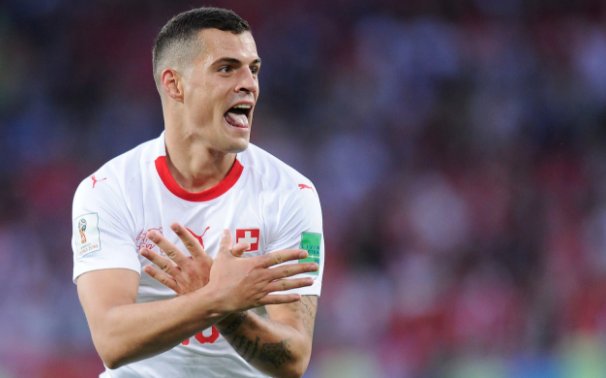 Arsenal midfielder Granit Xhaka was in action for Switzerland yesterday as they lost to Sweden 1-0 and former Manchester United star Phil Neville slammed the Swiss international.

The 25-year-old let Emil Forsberg float past him as he got the only  goal of the match which saw the Swiss get knocked out from the World Cup.

Granit Xhaka was marked as “disgraceful” and “fake” by the ex-Manchester United Phil Neville subsequent to permitting Emil Forsberg to move beyond him.

Xhaka went to ground too soon as the RB Leipzig star coasted past him, before he got the only goal of the match which eliminated Switzerland.

“He cost his team the goal, because Forsberg comes inside and he just literally lets him waltz across him. Does nothing. He’s a holding midfield player. He’s fake.” He told BBC.

“He’s probably sat in the dressing room at the end of the game thinking ‘I’ve had a good game today, I’ve passed it to my own players a couple of times sideways.’

Xhaka signed another deal with Arsenal a month ago in a surprising move following Unai Emery’s arrangement. The Spaniard needed the Swiss to sign a long haul bargain and obviously anticipates depending on the midfielder amid his introduction match at the Emirates.