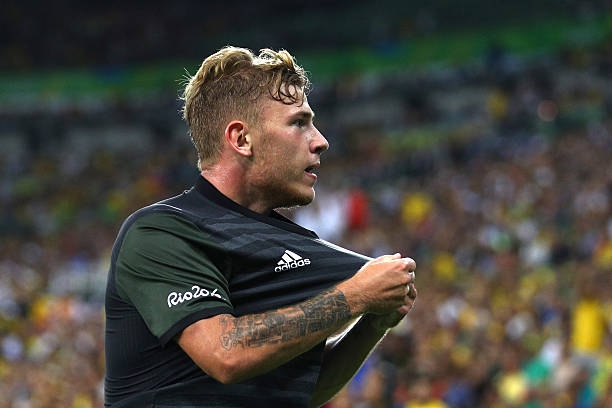 Max Meyer has today became a free agent after his contract at Schalke 04 expired, and he had already said that he didn’t want to stay at the German club because he claims that he was bullied by the sporting director of Schalke 04.

The gunners are among the clubs said to be interested in making a move for the German international but they have reportedly ended their interest in the player after he told them his demands which Arsenal believe can’t be able to meet.

Bild claims that the midfielder wanted a deal worth £4million-a-year in wages and this is an amount which Unai Emery was not going to meet even though the club were to get the 22-year-old free since he is a free agent now.

The report also says that the demands from the player also made other clubs like Liverpool, Atletico Madrid and Fenerbahce have end interest in him because they believe he doesn’t deserve such high wages.

Max Meyer’s career at Schalke 04 didn’t well as he clashed with the club until it suspended him after he made some comments about him being bull and that the club wasn’t good to him but the club responded denying those rumours.

“We are upset more by his accusations of bullying which we strongly deny than his untrue allegations.” said the club.