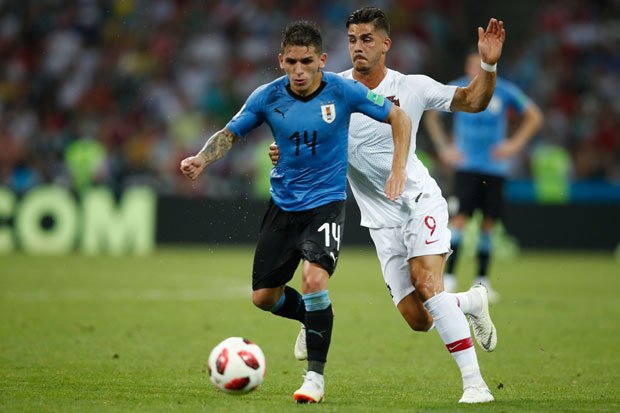 Arsenal is set to announce the signing of Lucas Torreira very soon as the gunners have already reached an agreement with Sampdoria.

It is however understood that the Uruguay international had reached an agreement with Napoli who were soon completing the deal but the gunners hijacked the deal and convinced Lucas Torreira to choose them over the Italian club.

Spanish publication Marca says that Napoli were soon completing the signing of Lucas Torreira but the deal didn’t go through after the gunners came into the race for the Uruguay international with a better offer which was to see the defensive midfielder earn £1.7million a year in wages if he comes to the Emirates Stadium.

This comes as a good news on top of them signing Lucas Torreira this summer because the gunners have always been criticized in the past for always backing out of deals because they aren’t able to put up a bidding war or battle with another club for a player they are interested in, it’s a pleasing start for Arsenal fans in life without Arsene Wenger.

Lucas Torreira will likely be unveiled as an Arsenal player in the coming hours or any day this week because the midfielder had his medical yesterday.

OFFICIAL: Lucas Torreira Joins Arsenal And He Has Already Been Given A Shirt Number