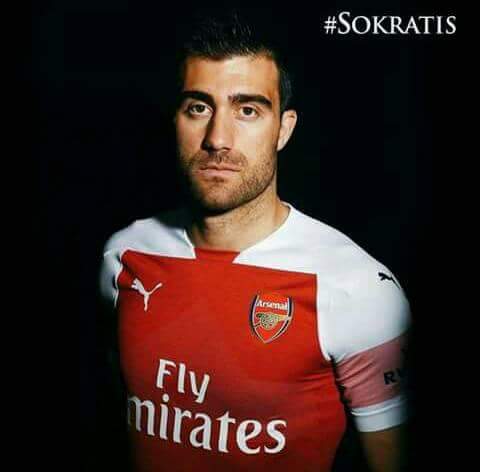 Arsenal confirmed yesterday that they have completed the signing of Sokratis Papastathopoulos from Borussia Dortmund on a fee which both clubs decided not to reveal.

The Greek international comes to the Emirates Stadium to try fix the defensive problems the gunners have faced in the last few years but Unai Emery will be hoping that the defender proves to be a good signing and impress next season.

“I feel very good, it’s my first day here, everything is special. It’s a beautiful moment and I’m very happy that I will be here for the next years.” he told Arsenal.com.

The player has also said that he will give his best for the club for the club starting the up coming season which will be a spot light to Unai Emery’s reign which started in May after Arsene Wenger decided to leave Arsenal after finishing two decades at the Emirates Stadium.

Sokratis Papastathopoulos will be wearing the Arsenal shirt no.5 and the gooners will be hoping to see him partner with Laurent Koscielny who will be returning to the club from the sidelines in December.

Related Topics:ArsenalSokratis Papastathopoulos
Up Next

OFFICIAL: Mesut Ozil Officially Gets Given The Shirt No.10 And He Reveals His Excitement