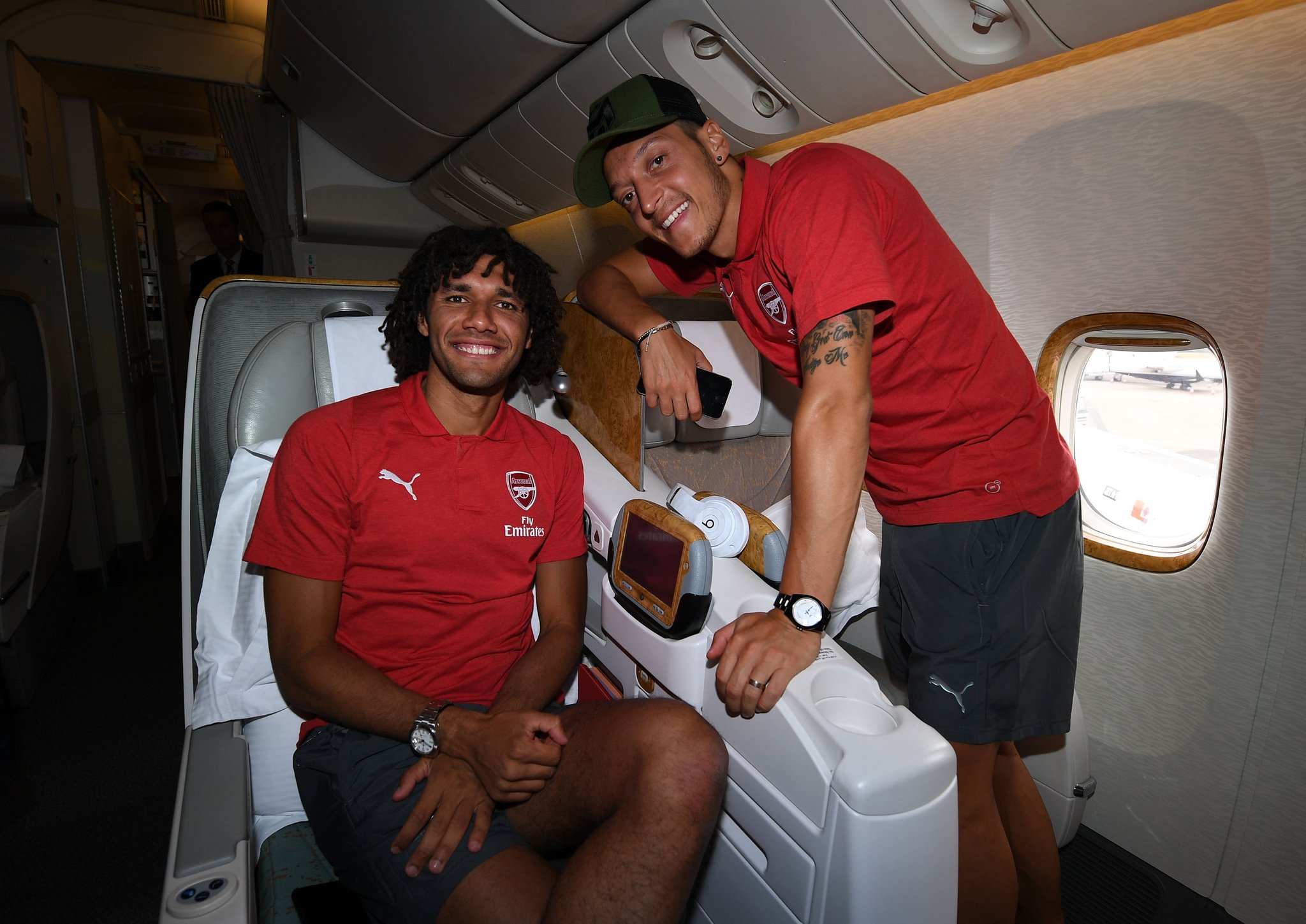 The Arsenal squad has today travelled to Singapore to play their International Champions Cup and will face Unai Emery’s former club PSG and their arch rivals Chelsea.

This will be a big opportunity for the Arsenal fans to see a glimpse of how Unai Emery will be performing next season because they will be playing against tough teams even though they will be friendly matches.

Here is the 25-man squad that board the Emirates plane today.

The Arsenal fans are excited that Mesut Ozil is among the squad that has travelled to Singapore because his always at his best in a season if he was with the gunners in their pre-season tour.

Arsenal Releases Squad That Will Travel To Singapore