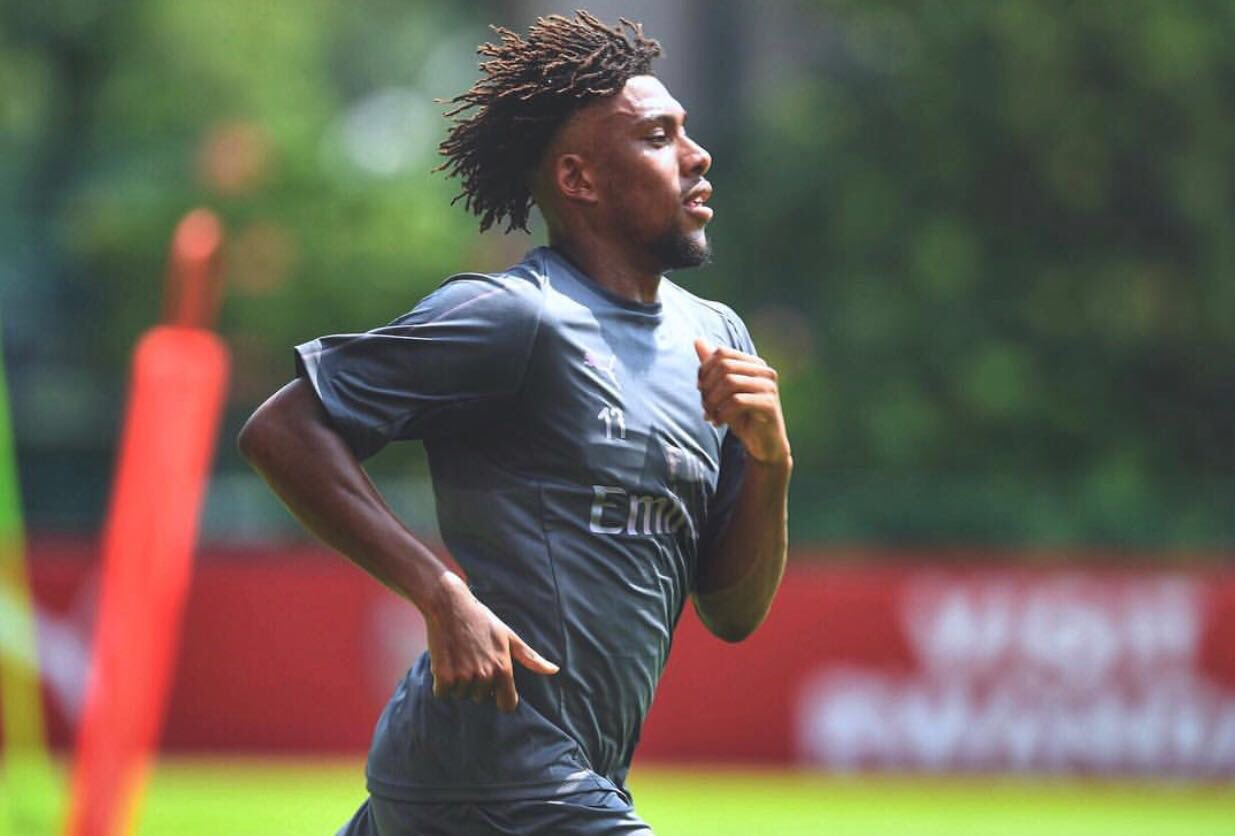 Arsenal head coach Unai Emery has confirmed that he has received information that Alex Iwobi will soon sign a new contract to extend his stay at the Emirates Stadium, his current deal at the club will be expiring in the 2020 summer transfer window.

Alex Iwobi is currently with the rest of the Arsenal squad at the Pre-Season tour in Singapore and the Nigerian international just joined them after his participation in the World Cup, he didn’t take part in the gunners loss against Atletico Madrid because he was still in the early stages of his pre-season training.

Unai Emery has said that the negotiations on offering the 22-year-old will soon put pen to paper to a new deal to extend his stay at the North London club, the manager was asked how far the contract negotiations of Iwobi are and he said;

“I have the information, he is near, Mesut, Elneny and Iwobi are working with us.” Unai Emery told the Mirror.

“My information is he will sign to stay with us.”

Alex Iwobi has become an important member of the Arsenal squad since his breakthrough to the first team a few years back and the winger will likely be among the starting eleven of Unai Emery next season because it’s not like they have many wingers at the club.

There has been various reports saying that Unai Emery wants to sign a winger in this transfer window because he doesn’t believe in Alex Iwobi’s ability but his statement clearly means that the Spanish manager does have faith in the Nigerian international as he has confirmed that the midfielder will sign a new deal.

Alex Iwobi was not among the top performers of Arsenal last season so it’s surprising that the club decided to offer the player a new deal yet it isn’t done in negotiating with Aaron Ramsey on offering him a new deal since his current deal will be expiring at the end of next season. Alex Iwobi will nevertheless now feel confident at Arsenal even with the arrival of Unai Emery.

Hector Bellerin Responds To Rumours Linking Him Away From Arsenal