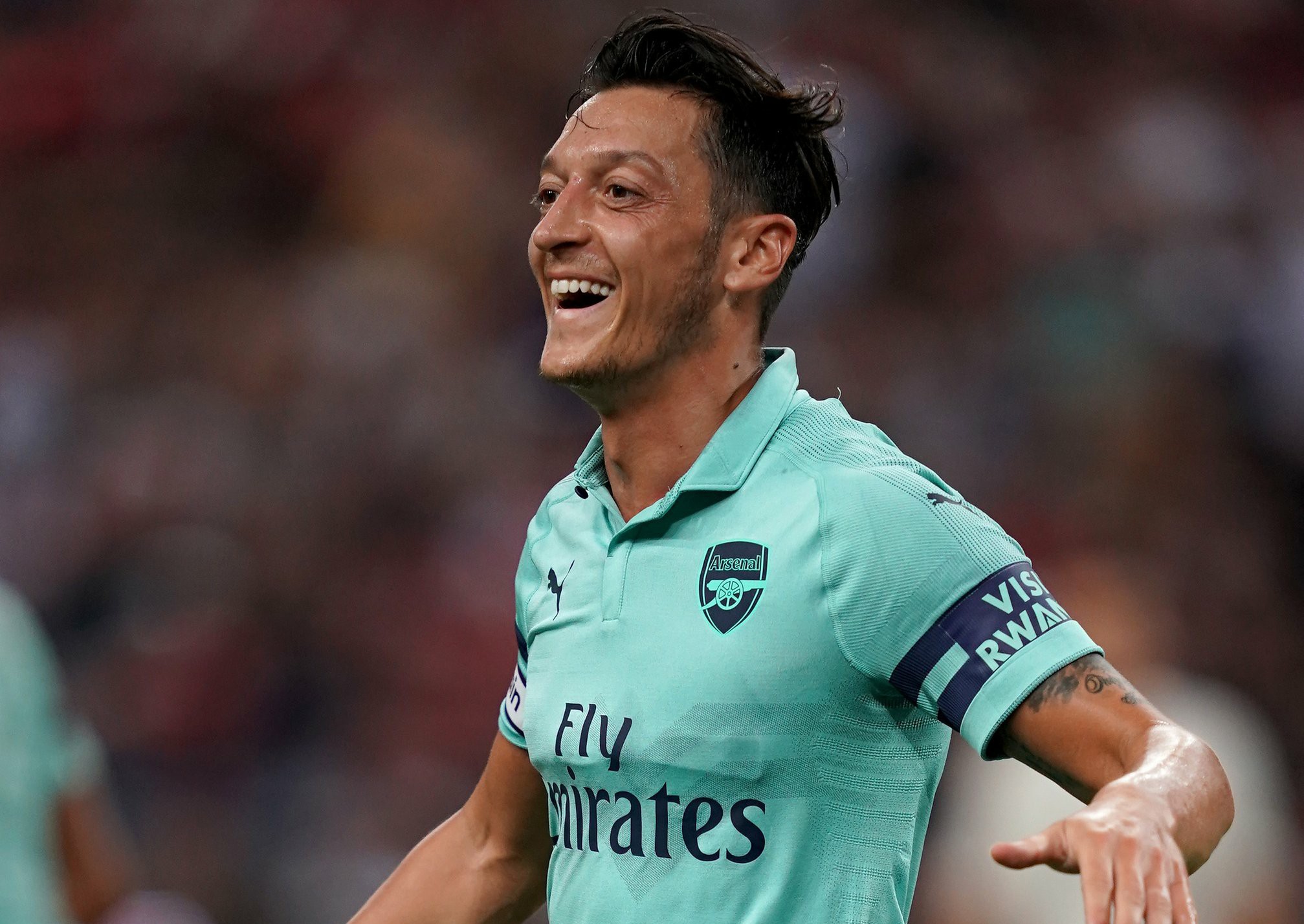 Arsenal midfielder Mesut Ozil played his first match since Unai Emery took charge of the North London club in May and the new manager decided to name him the captain for today’s match against Paris Saint Germain.

The decision by  Unai Emery came as a surprise to many because Mesut Ozil was not considered to be among the players that could be given Arsenal’s arm band in the regime of Arsene Wenger but the gunners are now under the management of a new person who has his own choices and it seems he sees something captaincy qualities in the German international.

Unai Emery has surprisingly confirmed that Mesut Ozil is among the contenders to be chosen as the Arsenal Captain for the upcoming 2018/19 season but the manager however reaffirms his wish to appoint five captains.

“I think he (Ozil) can take the responsibility, but let’s not forget Koscielny who is recovering with us. ” Unai Emery told Arsenal’s official website.

Some Arsenal fans believe that Unai Emery decided to offer the midfielder the captain’s armband out of sympathy since he is going through a lot as he has retired from international football due to racism accusations but it seems the manager didn’t make that decision because of that according to his statement where by he says that the German international can take the responsibility.

Mesut Ozil has been at the Emirates Stadium for five years now and the attacking midfielder has become part of the Arsenal family because he is among the fan favourites at the North London club and his love from the gooners increased when he signed a new long-term deal despite interest from other top clubs during the Alexis-Ozil transfer saga.

Ozil has never openly spoke about him having admiration for being captain so it will be a new adventure for him if he gets chosen among the captains by Unai Emery.

Unai Emery Makes Statement On When He Will Choose A Captain