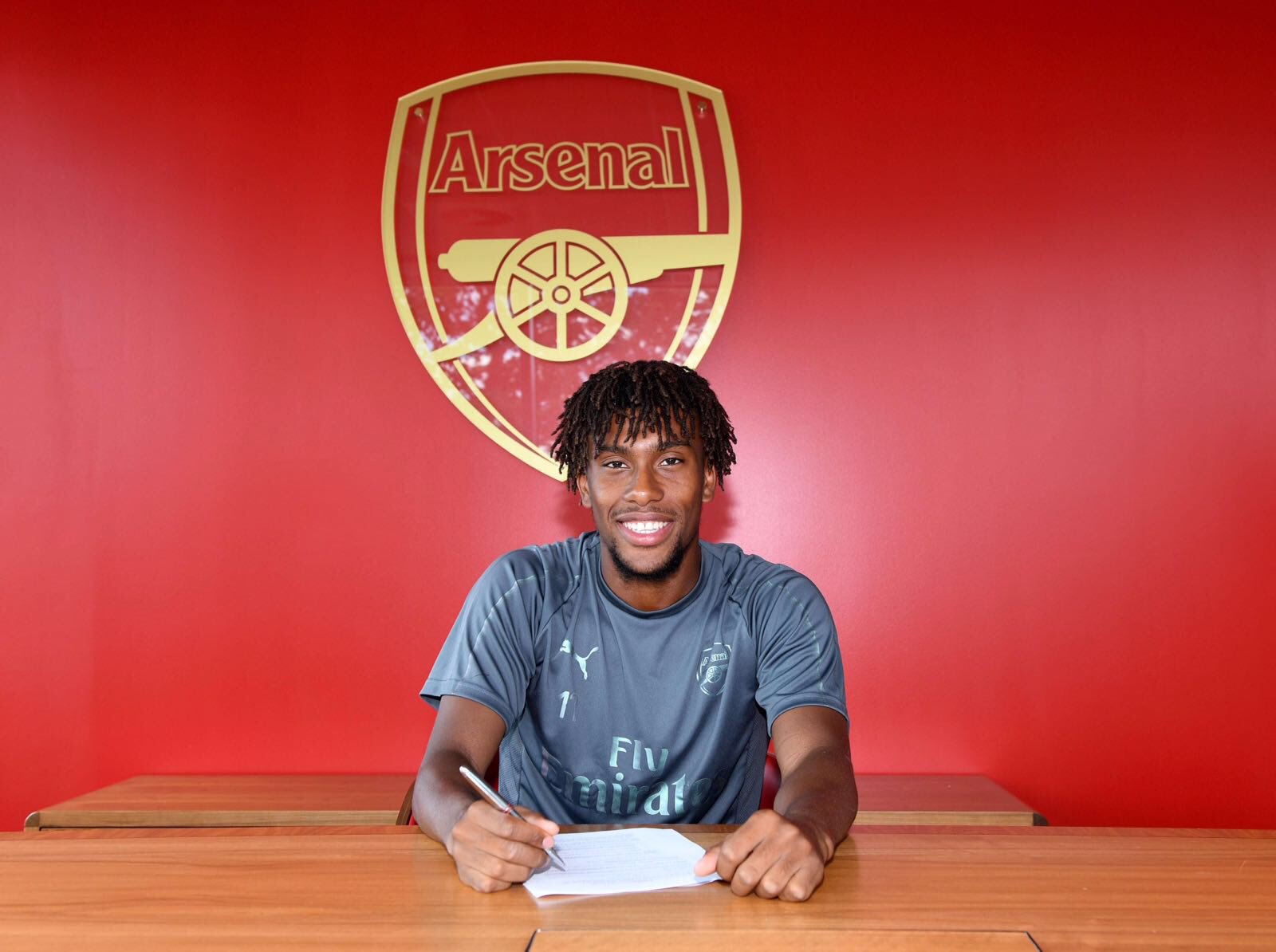 Arsenal midfielder Alex Iwobi has signed a new long-term deal to extend his stay at the Emirates Stadium and this must be exciting for the Nigerian international because he was recently in the academy squad a few years ago.

The Nigerian international will now not be leaving the gunners any time soon and will be looking forward to working with the new Arsenal manager Unai Emery ahead of the upcoming seasons, Iwobi will be delighted that he has signed a new deal because there were reports that the gunners were open to selling him this summer transfer window.

Arsenal manager Unai Emery is also happy that the winger has signed a new deal and says that he looks forward to working with him.

““I’m very pleased Alex has signed a new contract with us.” he told Arsenal Player.

“He is a great example of a player who can succeed from the Academy through hard work and I look forward to working with him and our other talented young players in the squad.”

Alex Iwobi first made his breakthrough to the Arsenal squad in the reign of Arsene Wenger when the gunners had an injury crisis and the young talented midfielder was quite impressive for the club hence getting promotion to the first team.

Alex Iwobi did however receive strong criticism from the Arsenal supporters after the end of the 2017/18 season with most of them claiming that the 22-year-old wasn’t  good at finishing clear chances presented to him during matches but the player will be hopefully of rectifying that problem ahead of the upcoming season.

The news of Alex Iwobi signing a new deal might come as bad news to the Arsenal supporters who thought that Unai Emery was interested in Barcelona star Ousmane Dembele because he didn’t trust the Nigerian international but the youngster getting a new deal shows that he has support from the coach.