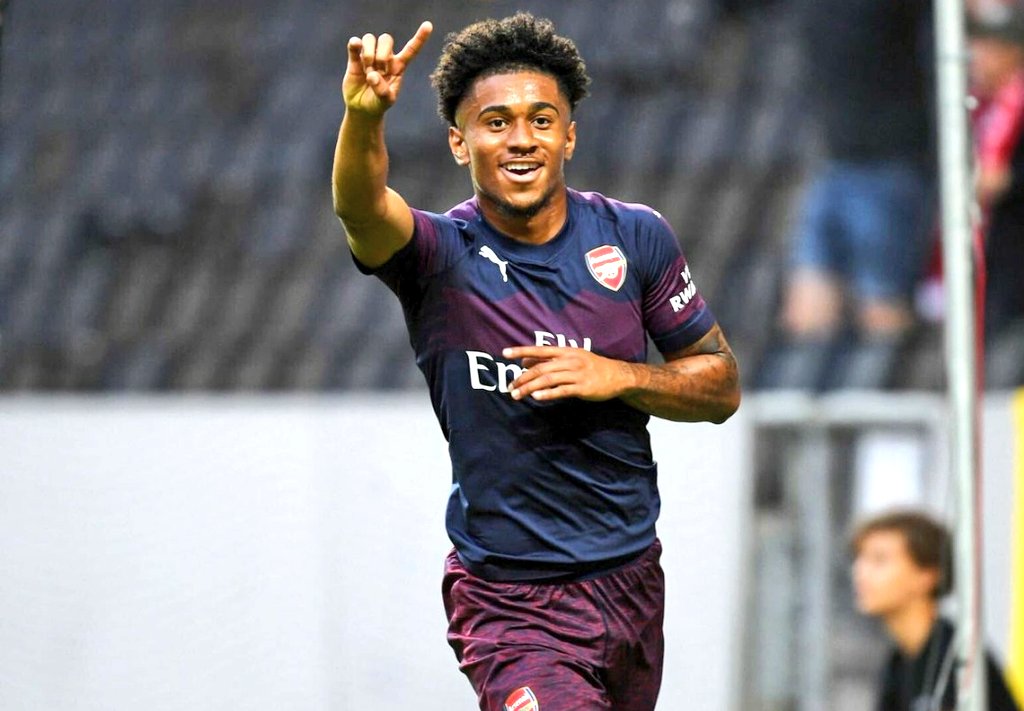 Arsenal youngster Reiss Nelson is set to leave the Emirates Stadium before the transfer window closes on Friday and German based club Hoffenheim is strongly interested in him, and they have even confirmed that they want him.

Reiss Nelson is considered to be among the best young Arsenal players which are currently at the club but he will however find it hard to get into the first team this season because Unai Emery already has many players that play in the same position as the young Englishman.

There has been many transfer rumours concerning the future of the midfielder in the past week but it is rumoured that Reiss Nelson won’t be leaving Arsenal permanently but rather on a loan move because the North Londoners still want the player. Hoffenheim manager Nagelsmann confirmed that they are interested in the English international but says that the deal is not yet done.

“We have taken an interest in Reiss Nelson, I can disclose that.” said the Hoffenheim manager as reported by Metro UK.

“But nothing is set in stone as there are still things to clear up. If it all works out, we will have a player with great pace who can do a lot with the ball.”

It has always been Arsenal’s style of loaning some of its young talented players so that they can gain enough experience before they become regulars at the club and most Arsenal fans are hoping that the club does not permanently sell Reiss Nelson because he is very skillful, and has a bright future ahead.