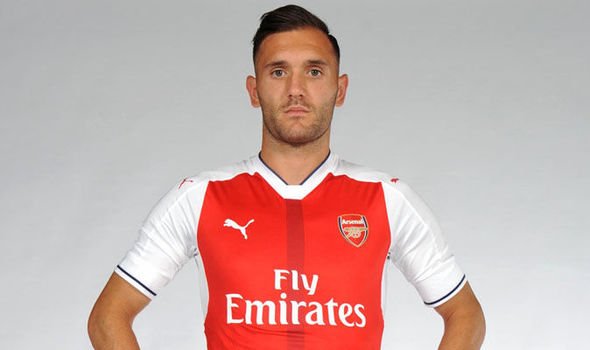 The Premier League summer transfer window will be closing on Thursday and it’s quite clear that the gunners won’t be signing new players but Arsenal will have to let go of some their players since they have a big squad.

So we take a look at the Arsenal players who could leave the Emirates Stadium before the transfer window closes.

The Spanish international will be joining West Ham United this summer as the striker will not have enough playing time at Arsenal this season because the gunners have many options in the attack.

At first, it was first reported that Unai Emery had told Lucas Perez to return at the club because he was going to give him a second chance at the club which Arsene Wenger didn’t give him when he sent him out on loan to Deportivo.

Arsenal supporters will now have to wait for the official announcement of Lucas Perez’s departure because the striker will likely join West Ham according to his agent.

The Arsenal goalkeeper participated in the FIFA World Cup and he hasn’t returned to the Emirates Stadium ahead of the new season and transfer rumours say that the Colombian international will be leaving the North London club before the transfer window closes.

Arsenal manager Unai Emery has already said that he has been impressed with the performances of Petr Cech, Bernd Leno and Emilliano Martinez in the pre-season so Ospina might be surplus to requirements at the Emirates Stadium.

David Ospina is linked with a move to Beskitas but he has been quiet on his future.

Calum Chambers is being linked with a loan move to Fulham and it seems the transfer rumours are true because the gunners will be hoping that the youngster gains enough experience since he is still young.

It is however surprising why the gunners have decided to let go of the Englishman yet they had just given him a new long-term contract but it’s likely due to the club having a big squad.