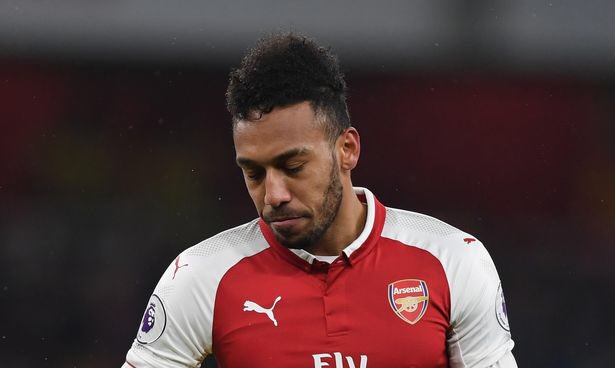 The Arsenal team was  welcomed at the Stamford Bridge by Chelsea and they defeated the gunners 3-2 after a poor display from the North Londoners and Pierre-Emerick Aubameyang was among the under performers in that match as he missed some clear chances.

This is the first time in which the Arsenal fans have been disappointed in Pierre-Emerick Aubameyang because those chances he missed would have seen Arsenal win Saturday’s match 4-3 if he converted them but it was a un lucky day for him.

The former Borussia Dortmund star must also have felt guilty after the match for missing those chances and he then took to Twitter to talk to the Arsenal fans and he says that he admits he missed but hopes for the better.

Today i missed tomorrow Must Be better !!

“Today i missed, tomorrow Must Be better!!”

Even though the Arsenal fans are disappointed, they responded with words of encouragement to the Gabon international and we quote one saying that; “In Auba we trust, we all behind you bro.” Surprisingly, it seems Arsenal’s legend Ian Wright also saw the tweet and replied saying; “I still love you.”

Pierre-Emerick Aubameyang will have a chance to fix his mistakes next week when the gunners face West Ham United at the Emirates Stadium.