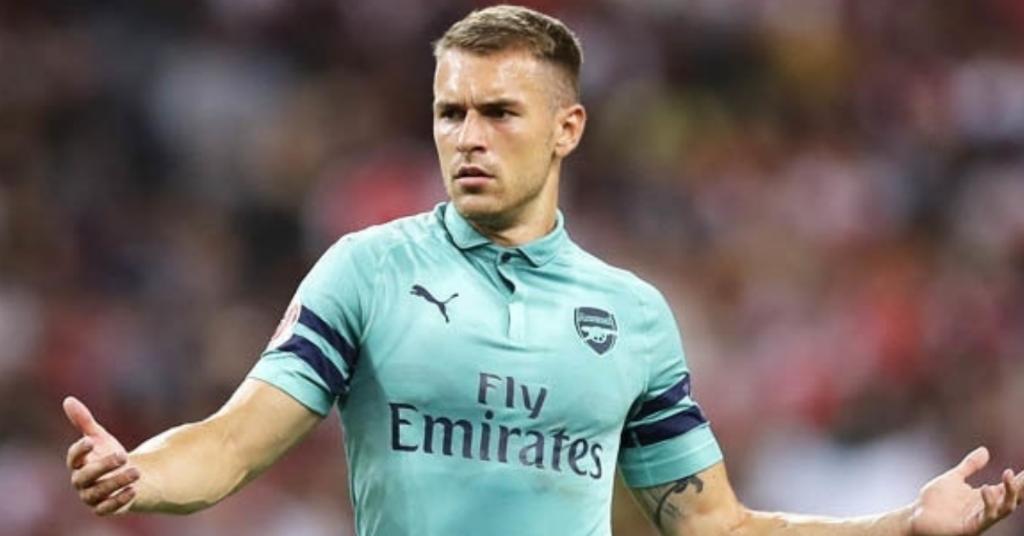 Chelsea is interested in Arsenal midfielder Aaron Ramsey and reports say that the blues will soon launch a £35million bid for the Welsh international before the summer transfer window closes.

Aaron Ramsey has only one year remaining on his current contract at the Emirates Stadium and the gunners haven’t reached an agreement with the player on giving him a new deal to extend his stay at the North London club so the midfielder will be linked with a move to any club until he signs a new deal.

The Daily Express says that Chelsea’s new boss Maurizio Sarri believes that Ramsey is a player who is needed at his club and that he will now test the North Londoners with a £35million bid but the gunners will likely reject it because they value the player at £50million, and they also understand that it will take time to get a suitable replacement in a short time.

Unai Emery will not be happy with the transfer rumours linking Aaron Ramsey away from Arsenal because he has said for long that the Welsh international is an important player for him because he hopes to create his squad around the midfielder.

Aaron Ramsey has not been straight forward when asked on the status of the contract extension talks but he said that he hopes to stay at the Emirates Stadium but confirmed that he has left all that to his agent as he focusses on playing football.