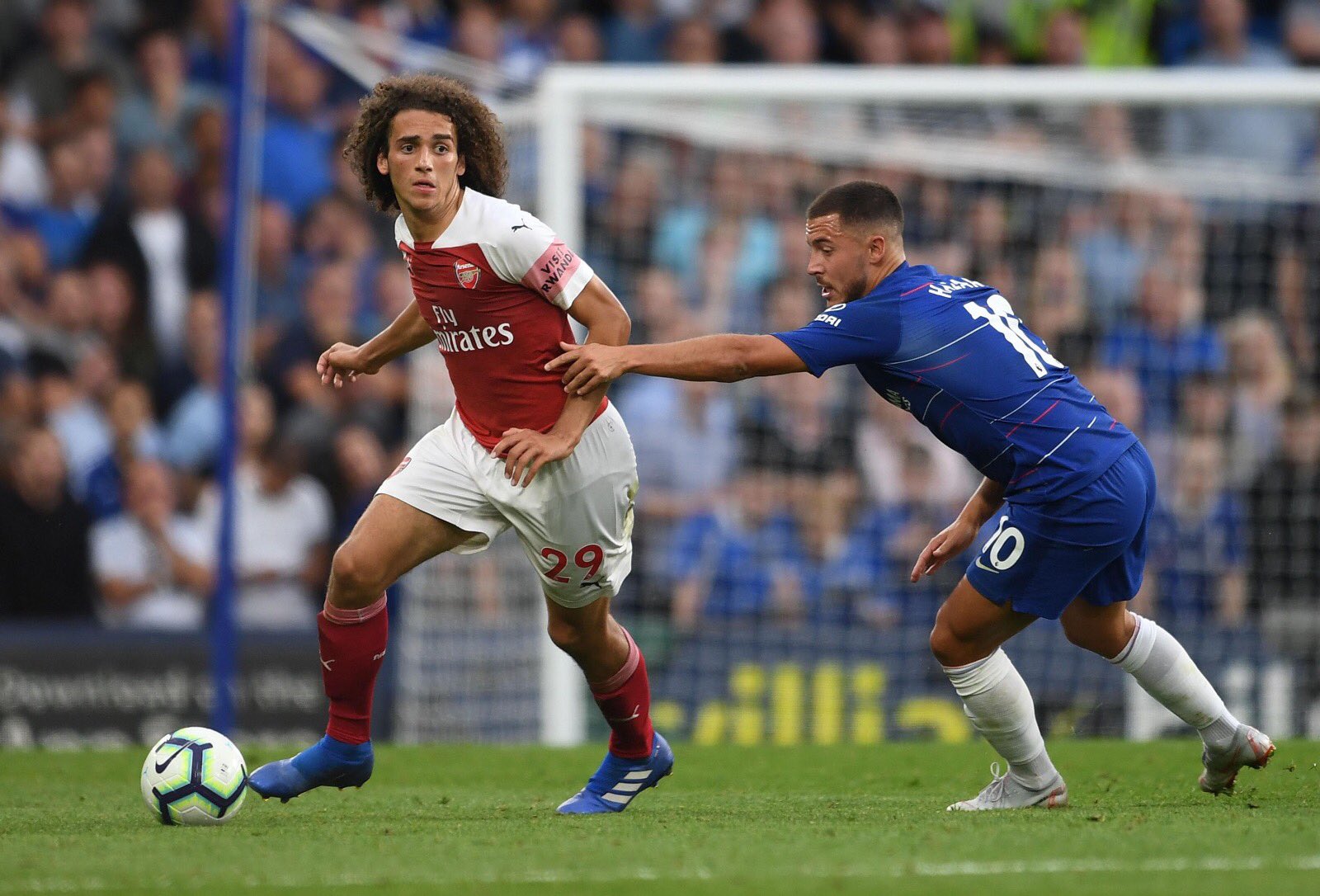 It’s no longer news that Chelsea beat Arsenal 3-2 at the Stamford Bridge on Saturday and the Arsenal fans feel that the team disappointed them because they thought that Unai Emery would get his first competitive win since he took charge of the North Londoners.

Arsenal lost its first match of the season last week and the gunners believed that Unai Emery would make sure that the North Londoners get a win at the Stamford Bridge because it is important for them to join the Premier League title race as soon as possible, and they tried but failed to collect even a single point against Chelsea.

Arsenal’s youngster Matteo Guendouzi was very impressive for the gunners again on Saturday as he tried to hold the congested midfield of the gunners and the French international has also cheered up the Arsenal fans via his official Twitter account, saying he has already put his focus on the next match.

Already thinking about the next week, after this defeat.
Only one word : WORK ??
Let’s keep working ?⚪️

“Already thinking about the next week, after this defeat.
Only one word : WORK
Let’s keep working, Thanks to all the fans ! Keep hope”

It’s surprising how Arsenal fans have easily became attached to Matteo Guendouzi because all replies to his tweet were all praising him and other saying that they have trust in him, Guendouzi is quite like Jack Wilshere who also got loved by the fans when he was still at a young age.

Arsenal face West Ham United on Saturday and Matteo Guendouzi will be hoping to get another start so that he can gain more confidence, and also maintain his position in the starting eleven.