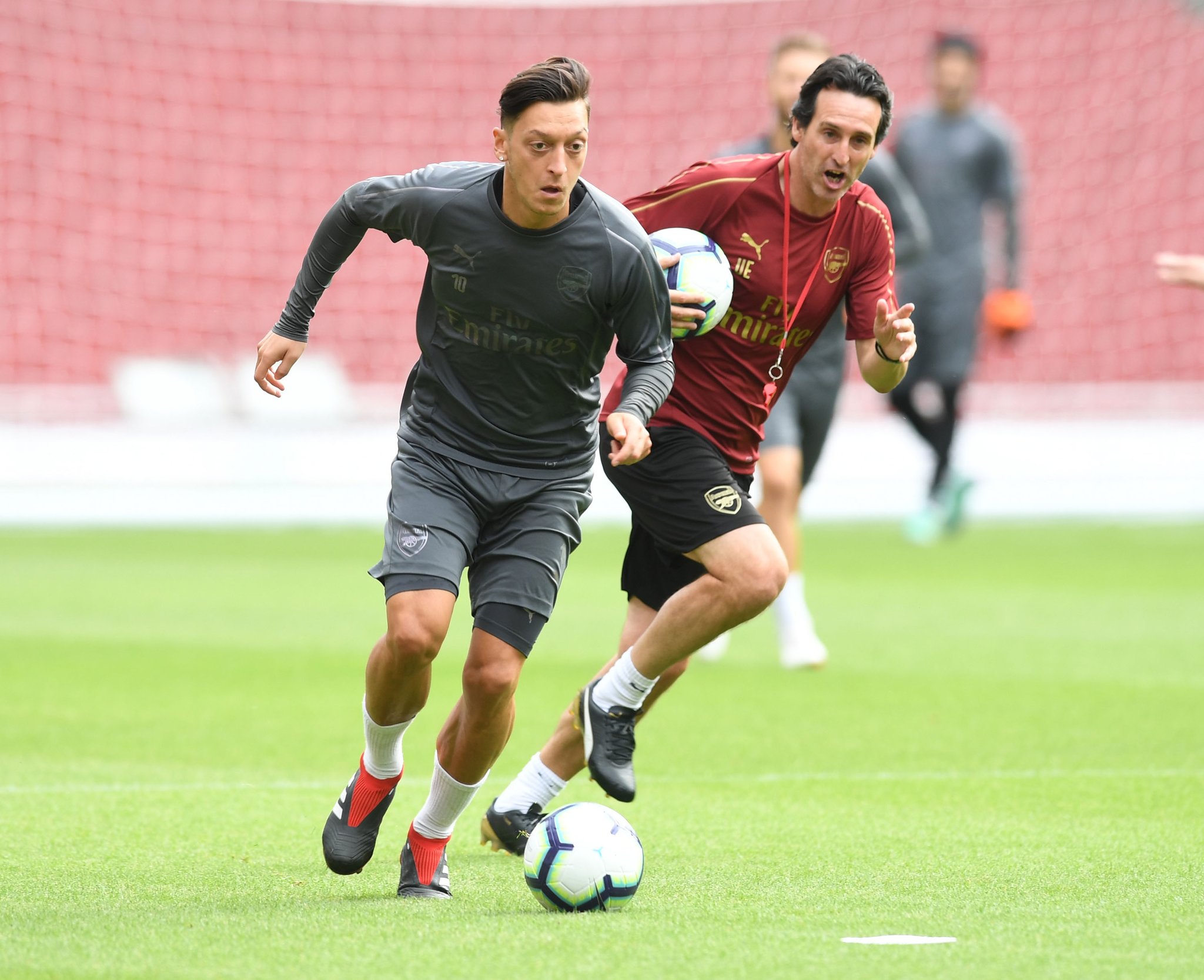 Arsenal will today host West Ham United at the Emirates Stadium and it’s now been reported that Mesut Ozil won’t be available for that match because of an illness he got this week.

The Sun claims that the German international will not be in the lineup that faces West Ham United today because of a normal sickness which is however unknown. The Arsenal fans will not be that disappointed that the player will miss today’s match because he has under performed in their last two matches.

Arsenal boss Unai Emery will now need to look for a good replacement for the 29-year-old but we expect the manager to start Aaron Ramsey who replaced Ozil last week when the gunners had made a trip to the Stamford Bridge. Mesut Ozil seems to be un focussed in Arsenal’s first two matches because he has not yet left behind that World Cup saga which saw him retire from international football this year.

The report says that Mesut Ozil was not in training on Friday at the Emirates Stadium as the pictures which the club released showed that he was unavailable for those training sessions so this  certainly confirms he is sick.