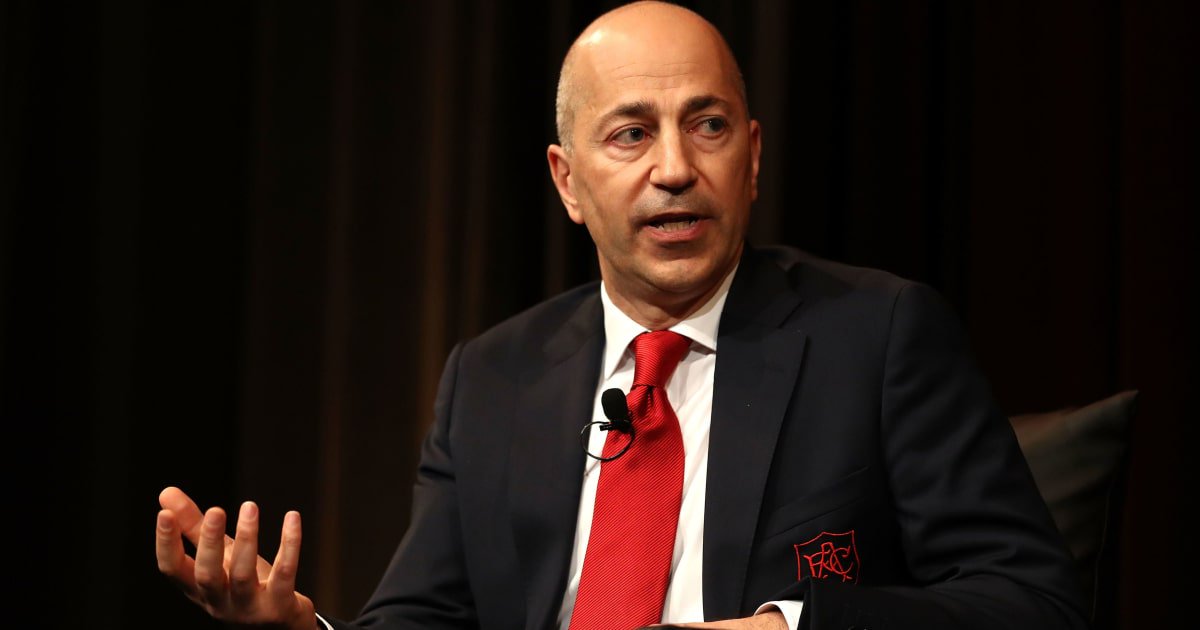 I’ve wanted to write a piece on the Arsenal’s CEO issue since news broke out that he is ready to jump ship and join the AC Milan resurgence or revolution or whatever it’s called these days .So as I muscled up and decided to go on with the piece and then i stumbled on an Arsenal report via Sky Sports that the Club has urged their CEO,Ivan Gazidis to resist overtures (seriously!!!why use that word?) from AC Milan and steer the Club in the post-Wenger era.

Now before i comment on that and try to analyse the drama playing out right before our eyes, let’s talk about the elephant in the room.

Ivan Gazidis joined Arsenal on the 1st of January, 2009.Prior to that he was on the founding management team that formed the MLS in 1994 and rising through the ranks to become its deputy commissioner. He was in charge of MLS’s key strategies and business decisions.

He also encouraged and influenced the Mexico Football Federation and the CONCACAF Gold Cup competition.It was on this rich and vast amount of experience and success that he was hired by Arsenal Football Club,succeeding the former Managing Director,Keith Edelman and ex-Vice President, David Dein who resigned their appointment at the time.This appointment meant he is to combine the roles of Edelman and Dein at the club.

Gazidis was accused by the Arsenal Supporters Trust(AST) and some sections of the Arsenal fan base of having a titular role at the club.And that the Arsenal board were wasting resources on him(Gazidis) for non-performance.

Fast forward to the Club’s AGM where he gave the now famous “catalyst for change” speech.Most Arsenal fans thought he was “blowing smoke” as usual.But he proved his doubters wrong by wresting power from Wenger and overhauling the whole Arsenal coaching setup and bringing in experts in their fields.

A fortnight ago, reports were rife in the Italian media that the Arsenal CEO, Ivan Gazidis has agreed to join AC Milan management board as their new CEO following new investments in the Club.At first it sounded like a bad joke that will eventually go away but instead it gathered momentum.

Sir Chips Keswick, Arsenal ‘s Chairman then decided to make a statement. A rather bland statement if you ask me.This is what he to say.

“We know he receives many offers from organisations inside and outside the game as he’s a hugely respected figure.”

“He has never accepted any of these opportunities and has never spoken about them publicly.”He has always been fully committed to taking Arsenal forward and is currently working hard in Singapore with our new head coach Unai Emery as we prepare for the new season.”

Despite the Arsenal’s Chairman’s speech the reports linking Gazidis to AC Milan refuses to go away.
An Italian sports website, Tuttomercatoweb published an article that revealed despite Arsenal’s stance on Gazidis , he still going to AC Milan in September as CEO/Presidenseasone aforementioned assertion by Tuttomercatoweb and Arsenal’s recent comments suggests that Mr.Gazidis will be leaving the club anytime soon while this whole Gazidis debacle seem puzzling enough.

There are many questions that needs answers like: Why would he want to leave after finally gaining control at the helms of affairs? Is money a contributing factor for him wanting to swap the North London-based club for Milan? Did he have prior offers from Milan before embarking on the “catalyst for change”?And why would he abandon his change project on the eve of a new season. What did it take for Milan to convince him to join them?

While we may never get answers to the above questions it just shows how the corporate world really is judging that Ivan Gazidis is nothing more than a “corporate lackey”,”a suit at best”.

While I sincerely believe that Mr.Gazidis can always leave if he so desire. It is the manner and ill-timing that I condemn.I’m not comfortable with Arsenal’s stance on this issue.Pleading with a man who feels he has a better offer is just delaying the inevitable.

Arsenal should be concerned with appointing a new CEO at this time just as the new season beckons.I might be wrong but i suspect Josh Kronke might be in the running as the club’s new CEO/President.Just saying.Anything is possible these days.

Mr.Gazidis has not confirmed anything publicly. So let’s sit back and watch as the drama unfolds. But we can read in between the lines.

I hope Arsenal gets a compensation from Milan for poaching their CEO and hoping this ongoing drama does not derail Arsenal’s season in The Premier League.

So there you have it!!!Have a nice day ahead.

Analysis: Why Aaron Ramsey Should Be Chosen As Arsenal Captain