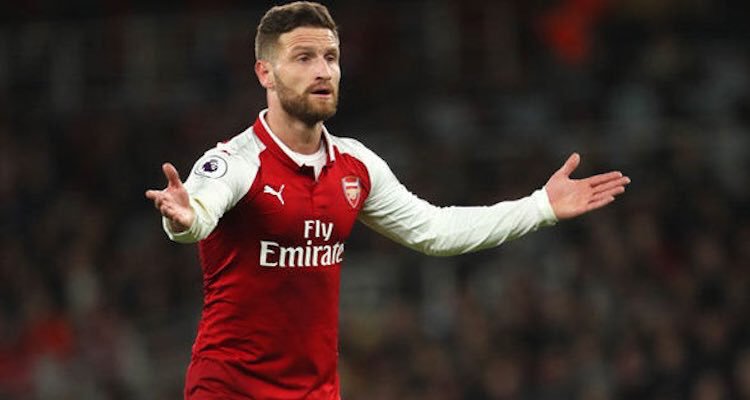 Arsenal appointed Unai Emery as the new boss of the gunners in May after the departure of Arsene Wenger who had spent at the Emirates Stadium over twenty years.

The new manager has been at the Emirates Stadium for just three months but it seems he has already impressed some of his players  like Shokdran Mustafi who have already begun praising the Spanish international even though he lost his first competitive match on Sunday.

Arsenal players have seen their training methods changed after the new manager was appointed because they have done double sessions and Unai Emery is even sometimes seen doing some training stunts for the players to see what he wants them to do on the pitch.

Unai Emery is usually pictured having one on one conversations with players and Shokdran Mustafi says that he believes that the manager has a great plan to improve on their performance.

“I quite like the idea that the coach has on how he wants to play.” the defender told Arsenal Player.

Shkodran Mustafi continued and said that Unai Emery had an aura of knowing what he wanted to do at Arsenal as well as knowing what he needs to do to achieve his dream, the central defender also says that the manager is not trying to show them new football because there’s nothing special in what his teaching them but says that he has told them his ideas on some basic things.

Mustafi has enough time to become the first choice central defender because the manager doesn’t have many options but the Arsenal fans were not happy with his performance last week because he wasn’t at his best which made Manchester City easily exploit the North Londoners.