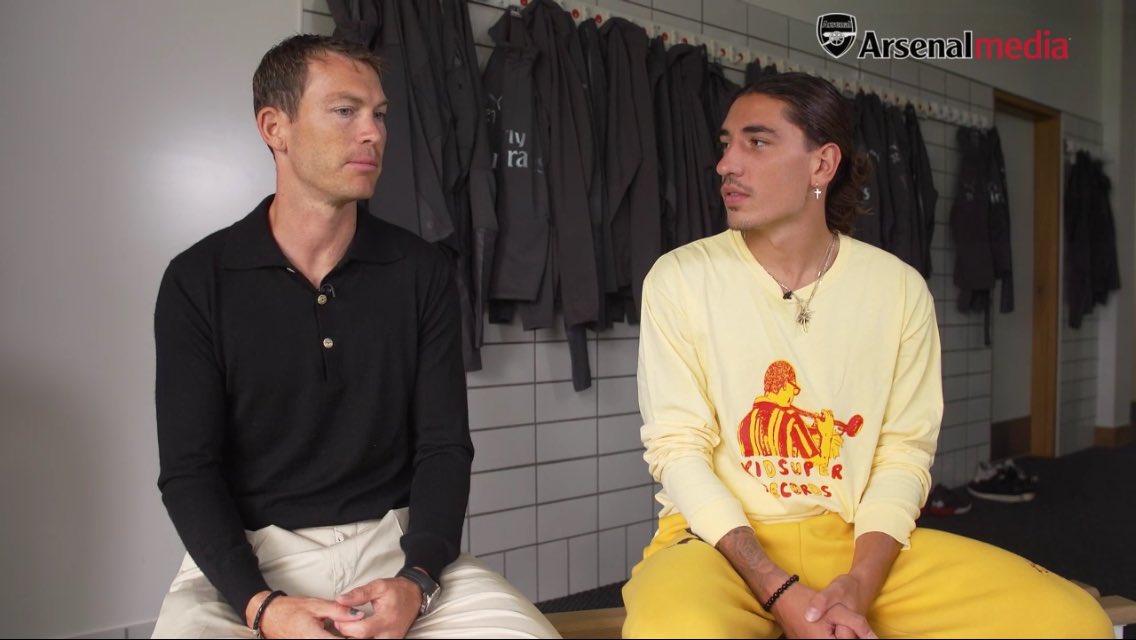 Arsenal completed the signing of Stephan Lichtsteiner from Juventus this summer and it was an easy deal to do because the gunners got the veteran right back for free since his contract at the Italian club had expired.

Stephan Lichtsteiner who plays as a right back comes to the Emirates Stadium to try to fix Arsenal’s defensive problems which have been among the top reasons for the North London club’s failure to win major competitions like the Premier League.

The former Juventus right back will however have to share the right back role with Hector Bellerin who he found at Arsenal and there have been many speculations on who the manager will be using this season.

There was an interview made on Wednesday featuring both the two right backs and here’s how it goes after we transcribed the main point.

Bellerin: So obviously, I have my plan to be the starting right back. What is your plan to be it?

Stephan: We are a team, it’s not Hector against Stephan. It’s Hector and Stephan for Arsenal, there are so many games so I have to be ready for each game.

? “We are a team. It’s not Hector against Stephan, it’s Hector and Stephan for Arsenal.”@LichtsteinerSte and @HectorBellerin sit down for a special one-on-one interview

Stephan Lichtsteiner continued and said that he hopes to give his best to the club so that they can win titles this season as well as making it back to the UEFA Champions League. The Arsenal fans were pleased with his statement because it showed how he isn’t selfish and some started saying via replies that he is their favourite player now at the Emirates Stadium.

Hector Bellerin was in the starting eleven on Sunday when the gunners welcomed Manchester City at the Emirates Stadium but Stephan Lichtsteiner came in later after Arsenal youngster Ainsley Maitland-Niles sustained an injury during the match but the gooners got a glimpse of his leadership skills as the gunners tried to get back into the match.

Unai Emery hasn’t spoken on who will be his first choice right back but it seems the manager will balance them since the gunners will be participating in the hectic Europa League which has many games so one will become a regular in the Premier League while the other in the European competition.

Unai Emery Reveals The Goalkeeper To Start Against Chelsea