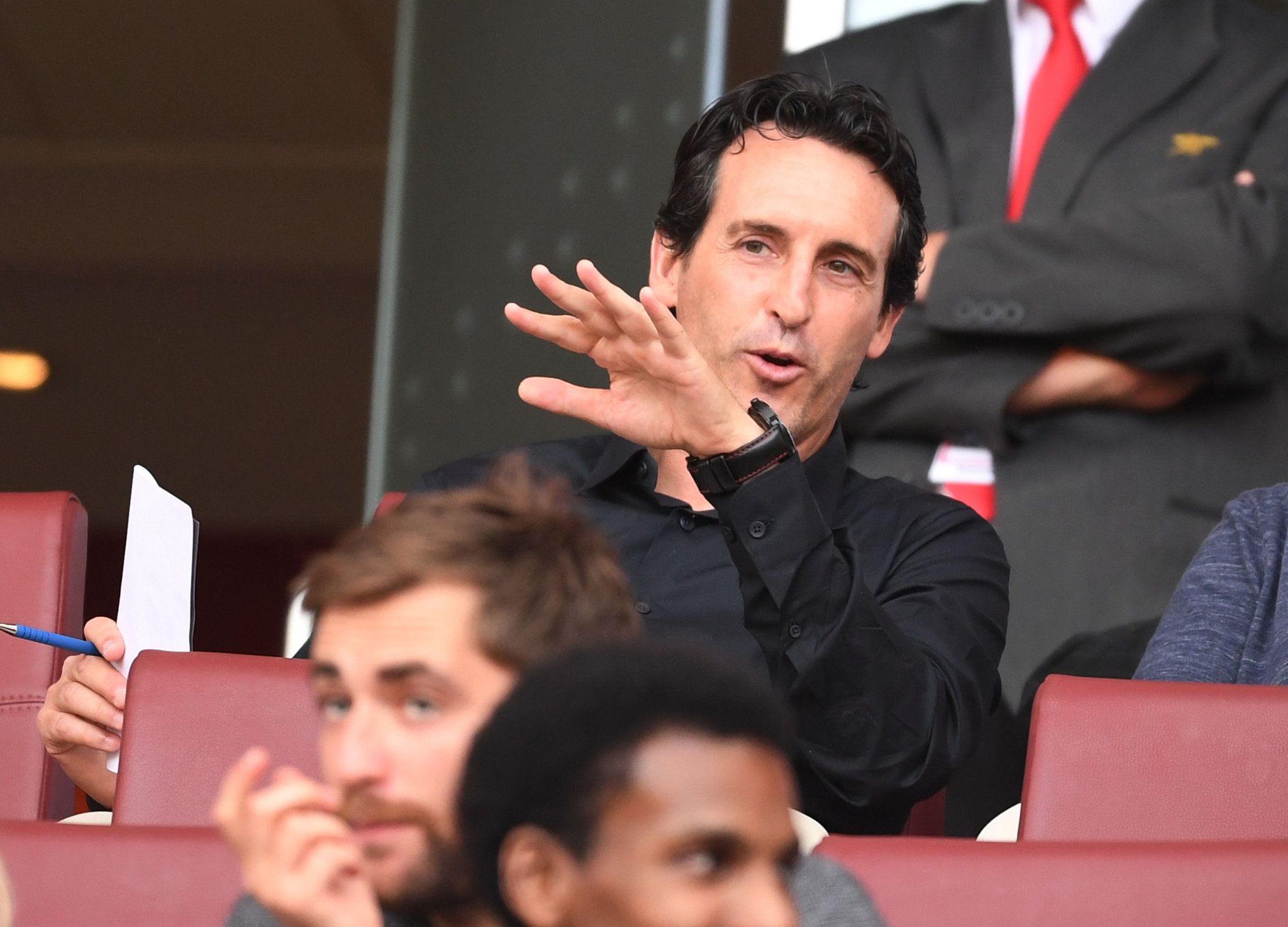 ( Unai Emery at Arsenal under-23 match )

Arsenal manager Unai Emery was in attendance yesterday as the gunners welcomed Brighton & Hove Albion at the Emirates Stadium, it was a match for the under-23 squads who both battled for three points but ended up getting one each.

It seems Unai Emery is not contended with his current senior squad and is still on the look out for young players who could excel if brought into the starting eleven, Matteo Guendouzi is just 19-years-old but he is so far Arsenal’s best player of the season due to his magnificent performance against Manchester City and Chelsea.

Arsenal’s Chief photographer Stuart MacFarlane took a picture of the manager in the stands as he watched the Arsenal under 23’s match which ended in a 1-1 draw, the photographer tweeted the images to his followers.

Arsenal fans were happy to see that Unai Emery attended the match but were even more happier to see their legend, Freddie Ljungberg coaching the young future stars of the North London club.

Freddie Ljungberg is the only remaining Arsenal legend who survived the axing of Unai Emery in the coaching ranks at the club and he is expected to do a great job even though his team is currently in the ninth position on the Premier League 2 table.