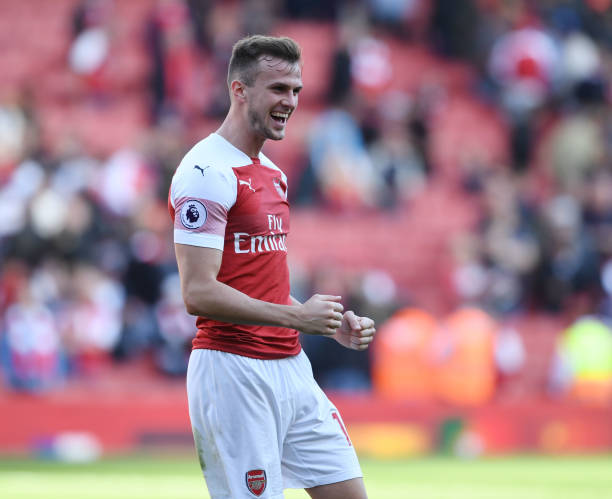 Arsenal played its seventh Premier League match on Saturday and Rob Holding was in the selected lineup that faced Watford at the Emirates Stadium after Sokratis Papastathopoulos missed the game due to an injury.

Rob Holding had a brilliant performance in Arsenal’s mid-week match against Brentford but we believe that he was also perfect against Watford because of the following reasons.

ROB HOLDING IS QUICK TO REACT TO THREATS

There was a lot of intensity in the match of Arsenal and Watford, the Hornets knew that they wouldn’t succeed in using short passes against the gunners because they are now getting better at pressing the opponents. So they resulted to using long balls and they could some times meet Deeney but Rob Holding was always quick to recover the ball on numerous occasions, being sharp is one of the qualities every defender should have.

Rob Holding was paired with Shkodran Mustafi against Watford and the German international has continually been accused by the fans of not positioning himself well yet it could lead  them to conceding goals.

Rob Holding is however on the hand always on the right place at the right time, this was observed in their match against Watford because the young Englishman marked Troy Deeney well.

It is no secret that the gunners were pressed by Watford in the early stages of the match and credit should go to the Arsenal defenders including Rob Holding for keeping the score 0-0 in the first 45 minutes.

So that’s it, Rob Holding’s performance might have earned him a spot in Unai Emery’s first eleven because it was clear to everyone that the youngster had a splendid performance.

Find Out Who Should Start Against Watford On Aubameyang And Welbeck