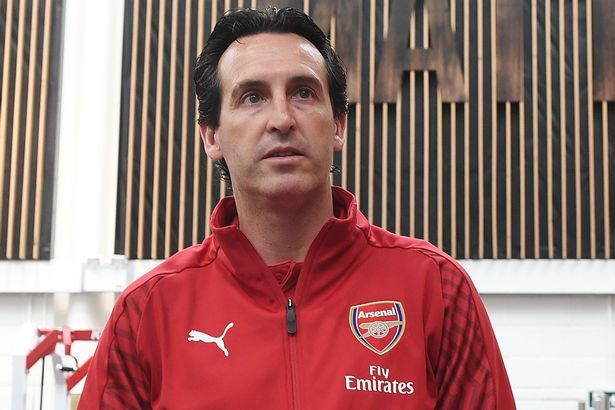 Unai Emery took charge of everything at Arsenal as soon as he had just been appointed, signed five talented players in the summer transfer window and has worked hard to put the players in good shape because he reportedly says that they are over weight.

The season has begun and Unai Emery lost his first two matches against Manchester City and Chelsea, but he has since recovered from those losses as the gunners have beaten West Ham United and Cardiff City and are currently in the nineth position on the Premier League table. Arsene Wenger arrived at Arsenal in 1995 and he has made history in the English football as a person who introduced tick tack playing style and even made the gunners more popular throughout the whole world.

Former Arsenal Star Gilberto Silva says that Unai Emery will be facing a big problem at his stay at the Emirates Stadium because he has replaced a person who led a team to the winning of the English Premier League without a single loss in 2004. The Arsenal legend says that it isn’t going to be an easy task to revive the form of the gunners;

“It’s not easy, it’s not going to be easy for him, It’s a difficult task because he’s going to replace a man who changed the history of the club.” Gilberto Silva told Goal.

“I think we were a little bit naive if people thought the new manager would come in and everything would be absolutely fine. He really needs at least this season to progress, see where we go to.”