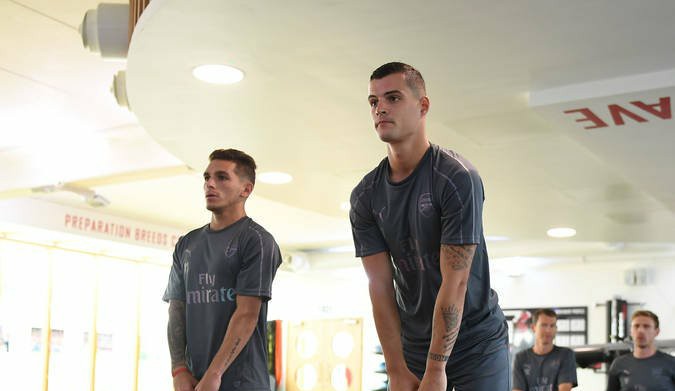 Granit Xhaka has started most of Arsenal’s matches this season but he has received much criticism from the supporters with most claiming that the Swiss international doesn’t understand his job on the pitch because he always attacks yet he is a defensive midfielder.

Granit Xhaka was once again very vulnerable in the first half as the Newcastle United players were charging forward many times due to the poor stability in the Arsenal midfield but all that changed in the second half when Lucas Torreira was brought into the match.

Lucas Torreira is a typical defensive midfielder who isn’t a multi purpose player like Granit Xhaka and he always knows where to position himself as he is always near the central defenders to break down attacks from opponents. This was clearly seen today as Granit Xhaka was very free when going forward because he knew Lucas Torreira was behind him giving him cover.

Matteo Guendouzi is a great youngster who makes accurate passes but this isn’t the time to make him a regular because he is still got a lot to learn, so his partnership with Granit Xhaka is poor and it’s good that Unai Emery noticed that early enough in their match against Newcastle United and substituted him.

Granit Xhaka went on the score sheet today after he fired a rocket shot into the back of the net against Newcastle United and so he will be hoping that this does reduce on the criticism he has received over the last few weeks, but it was also clear that the Swiss midfielder is always at his best when Lucas Torreira is also on the pitch.