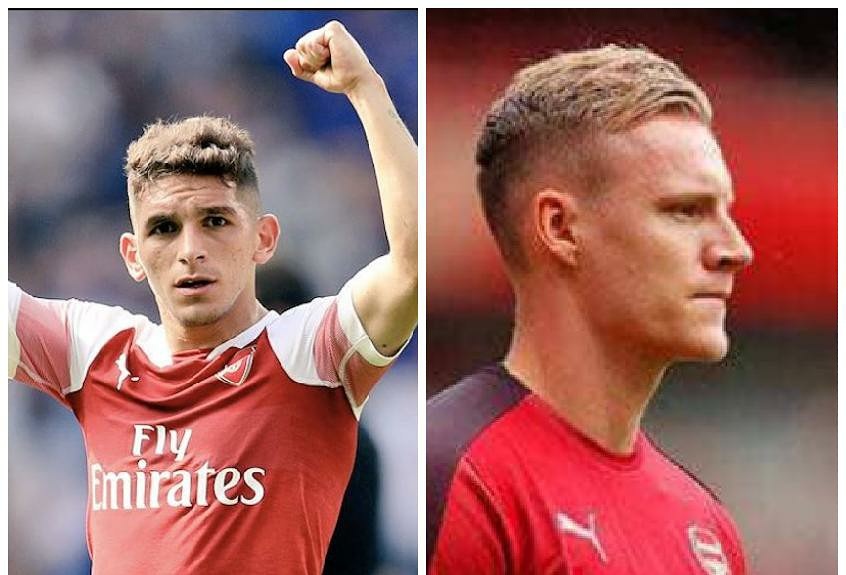 Arsenal welcomed Vorskla at the Emirates Stadium last night and Unai Emery selected Lucas Torreira and Bernd Leno in the starting eleven for the first time this season as the gunners won the match 4-2 thanks to a splendid performance.

The gunners came into this match with immerse confidence after winning their last three matches and they continued their winning streak on Thursday night and the Arsenal fans were looking forward to this match because they wanted to see some players in action for the first time.

Bernd Leno was last night in-goal and he was looking forward to getting a clean sheet but conceded two goals in the last minutes of the match, the German goalkeeper looked disappointed to have conceded twice because he hoped to have a clean sheet.

Lucas Torreira was also on the starting eleven that faced Vorskla at the Emirates Stadium on Thursday and he had a good game as he bossed the midfield but was later substituted in the second half by Unai Emery. The Arsenal boss has said that he believes Lucas Torreira plays with passion and confirmed that he doesn’t blame Bernd Leno for the two goals they conceded.

“Lucas is playing with a passion and ‘it has a positive effect’ on the team and on our ideas. Each minute he is playing, he is doing very well.” Unai Emery told Sky Sports.

“And for Leno, it’s the first match also. I think that we conceded two goals but not ‘because of’ mistakes. For him, it ‘provides’ minutes and confidence which are important because he will be continuing to play matches in the next weeks.”

Arsenal fans were urging Unai Emery to be using Bernd Leno in the Premier League but they weren’t impressed with him in the match against Vorskla because they believe that he could have done more on the visitors’ first goal. They however hope that Unai Emery replaces Matteo Guendouzi with Lucas Torreira in his first eleven.