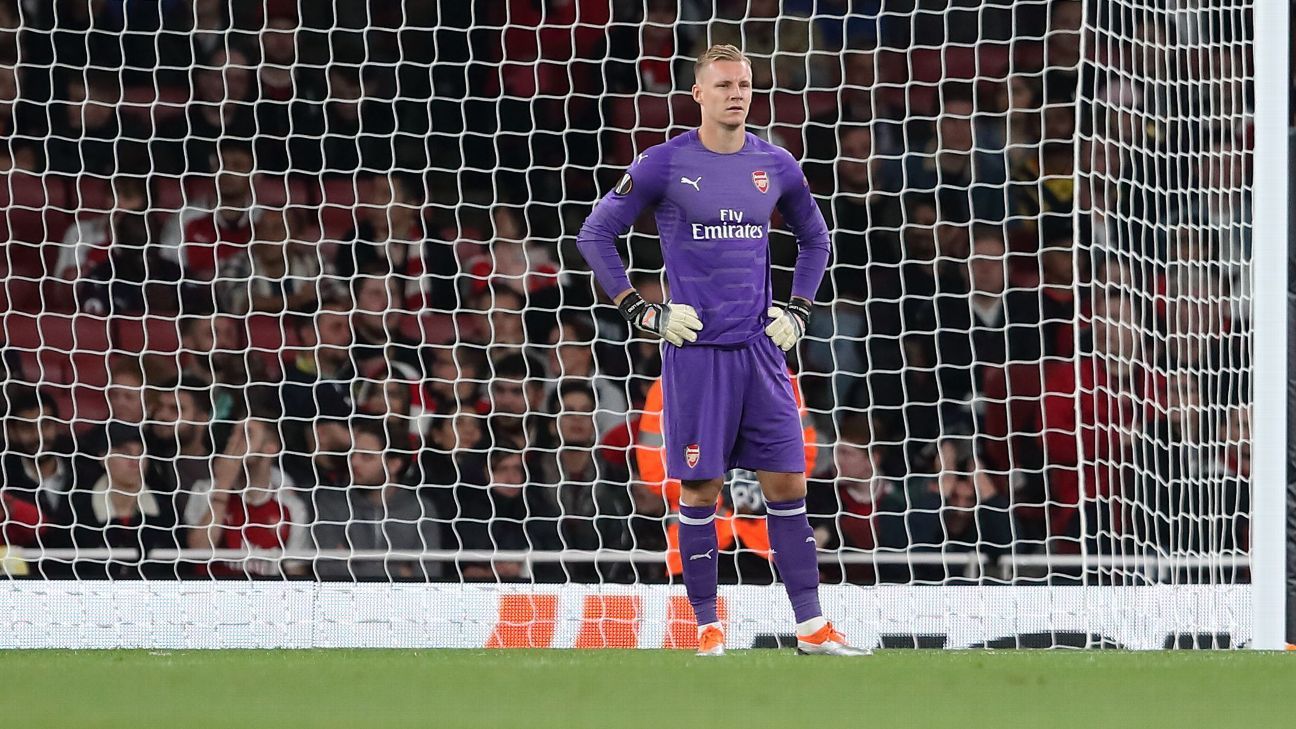 Bernd Leno was in the starting eleven that played against Brentford on Wednesday night and the German goalkeeper failed to keep a clean sheet for the second time.

Bernd Leno arrived at Arsenal in the summer transfer window and most of the supporters thought that he would replace Petr Cech but Unai Emery had different thoughts as he has made the Czech Republican international his first choice goalkeeper. Petr Cech has started all of Arsenal’s first six Premier League matches this season but the Arsenal supporters have urged Unai Emery to drop him and use Bernd Leno.

But Bernd Leno has disappointed the Arsenal fans who were urging Unai Emery to be using him and he put on a poor performance in their match against Vorskla last Thursday, he was again in the squad that played Brentford last night and he conceded a free kick goal which has divided the Arsenal fans because some say Cech would have saved that while others believe no goalkeeper can save that thunderbolt shot.

Analytically, the reason Bernd Leno conceded that goal was because he was positioned poorly in the box and one has to give much credit to Brentford star Judge who tricked the Arsenal goalkeeper and sent the ball on the side which Leno didn’t cover.

Arsenal currently has three goalkeepers and everyone expected Emilliano Martinez to play the Carabao Cup match but it seems Unai Emery wants to build the confidence of Bernd Leno by giving him more chances on the pitch.

Who Is Better: Mustafi or Holding?