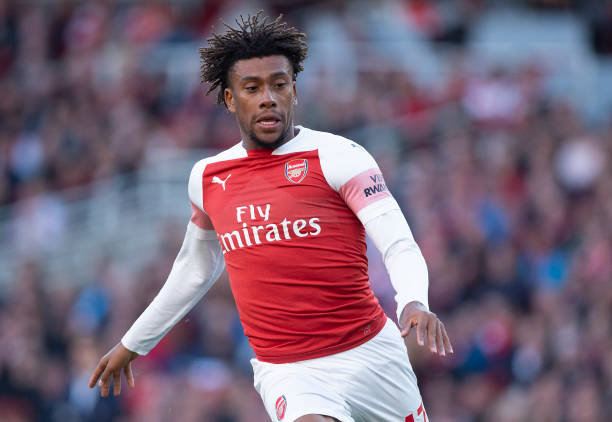 Arsenal has had a 100% win rate in the month of September and Alex Iwobi was one of the top performing players as the gunners recovered from their first two losses against Manchester City and Chelsea.

Alex Iwobi was at first in Unai Emery’s first eleven when the season begun but the Nigerian midfielder was later removed as Unai Emery tried to look for a perfect starting lineup, the winger however started in the lineup that took on their Europa League opponents Vorskla and he had a good performance against the Ukrainian club as the gunners won the match 4-2.

The gunners welcomed Watford at the Emirates Stadium on Saturday and the North Londoners struggled against the Hornets until Unai Emery introduced in Alex Iwobi, replacing Pierre-Emerick Aubameyang in the second half of the match. The Nigerian midfielder changed the game and added more flair to the Arsenal attack, and they got two goals in just three minutes.

Alex Iwobi has revealed what has contributed to improvement in his form as reported by the Daily Star.

“I’m more positive and more confident with the ball.The boss has basically told me that if something doesn’t work, just keep going and don’t dwell on it.” said Alex Iwobi.

“He’s told me to stop being so critical and to just keep trying no matter what happens, no matter if things don’t go as I want them to.”

“That’s given me a lot more confidence to try a few more things, like beat a player, to shoot more. I’m always ready to get on the ball a bit more, so I guess it’s helped in that sense.”

Bernd Leno Reveals What He Likes Most About Arsenal