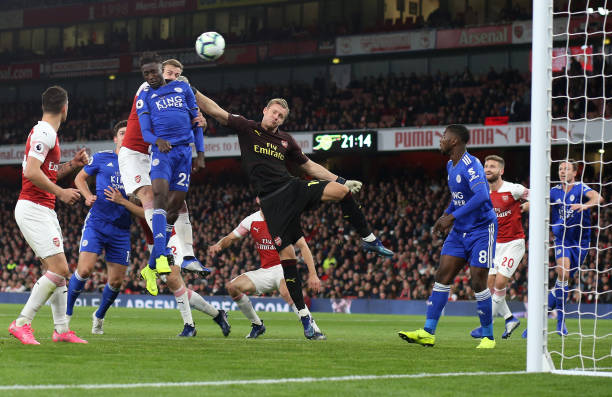 The Guardian’s Sports Editor,Sachin Nakrani, a staunch Liverpool fan and author of “This is Anfield” criticised the Arsenal defence in his published note saying, “Arsenal’s defence is not only paper-thin in terms of resources but also incredibly fragile”. Analysing this statement from Sachin’s point of view, Is the Arsenal defence paper-thin?

Paper-thin would mean insufficient numbers in defence. Looking at the number of defenders on Arsenal’s book at the moment, Koscielny, Mustafi, Sokratis, Holding, Monreal, Chambers, Kolasinac, Bellerin, Lichtsteiner, Mavropanos.These are ten players jostling for playing time in defence.This is more than enough. But in terms of injuries to most of the defence personnel, Mr Nakrani might have a point in saying the defence line is stretched paper-thin. In terms of numbers at the backline, Arsenal is well stocked. So Mr. Nakrani is absolutely wrong.

John Brewin who covers for the Guardian and ESPN also made a point about defensive quality at Arsenal. He said, “Emery lacks the quality of defenders Liverpool and Manchester City boasts.” That’s true considering the vast amount of resources the aforementioned clubs have at their disposal.

If Arsenal had conceded less with their recent performances, they will be on a strong claim for third in the league. So Mr Nakrani might have a point on the case of fragility. But the emergence of a certain Torreira in front of the centre backs has helped reduce the “hemorrhagic” back line. Stats suggests that Arsenal has conceded fewer goals in games that Torreira has started in. Watford, Everton, Leicester and Fulham.What this means is that prior to the introduction of Torreira, Arsenal had been vulnerable. With this assertion, Mr Nakrani is wrong.

Arsenal’s Czech goalkeeper Petr Cech (R) jumps in to charge down a header by Watford’s French midfielder Abdoulaye Doucoure (2L) during the English Premier League football match between Arsenal and Watford at the Emirates Stadium in London on September 29, 2018. (Photo by Adrian DENNIS / AFP / Getty Images)

Arsenal are a high scoring side with 22 goals scored second only to Manchester City’s 26 goals. Having a very potent attack might guarantee less pressure on the defence. Taking a look at City’s attack line we can see that they make up for an error prone defence line. But since they come with hefty transfer tags,they seem infallible in the eyes of the “almighty” media.

Guardiola knows this and that is why his emphasis is on his midfield potency. The media know this but turn the other way to castigate needlessly. It’s a shame really. Comparing Arsenal’s defence with other teams defence that are sure to win the league with limitless funds at their disposal is absolutely wayward and condescending.

Tell us in the comments what you think about the Arsenal defence!