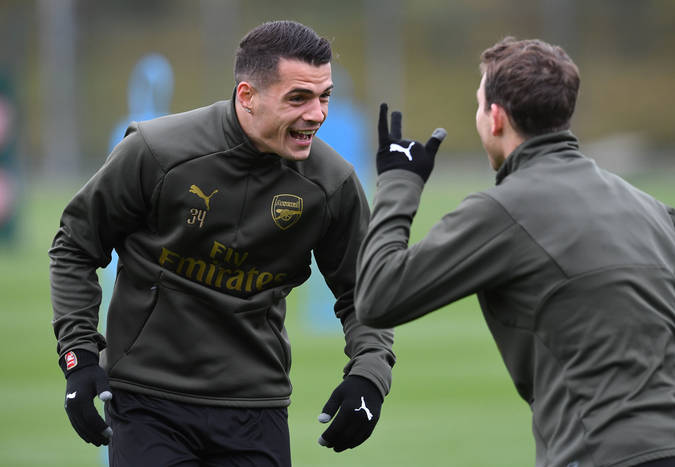 Arsenal’s match against Crystal Palace will start soon but the lineup which Unai Emery has selected today has surprised everyone because Granit Xhaka will play in the left back position while Matteo Guendouzi returns to the manager’s first eleven.

Nacho Monreal and Sead Kolasinac are currently injured and Unai Emery is left frustrated, the gunners boss tried playing Stephan Lichtsteiner in that position on Monday when the gunners welcomed Leicester City at the Emirates Stadium, the Swiss veteran failed to cope up with playing in the left back position.

So Unai Emery then tried testing Granit Xhaka in the left back position on Thursday when the gunners made a trip to Portugal to face Sporting Lisbon, even though the gunners didn’t concede but the Swiss midfielder looked un comfortable playing in that position because he is a central midfielder.

Arsenal supporters will be hoping to see how this gamble by Unai Emery will go but it if it does work out well, then we can say that the North Londoners have got a third player who can play in the left back position if their first choice full backs, Sead Kolasinac and Nacho Monreal are not fit.