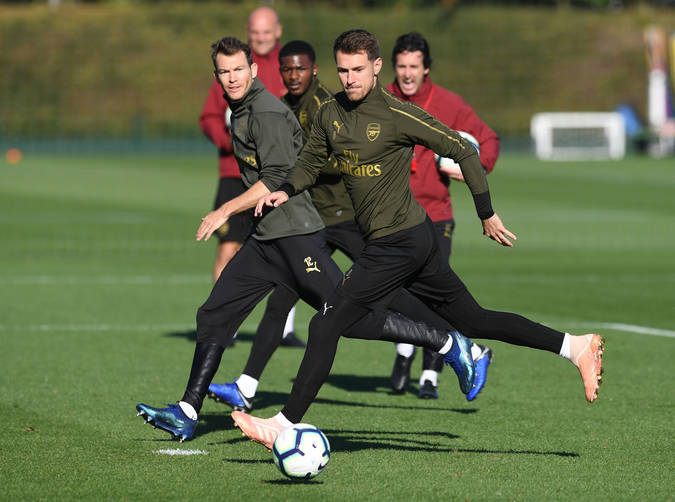 The Arsenal squad has travelled to Portugal for their UEFA Europa League encounter with Sporting Lisbon and everyone believes that it’s going to be a tough match for Unai Emery because, the other two teams in the same Europa League as the gunners are weak.

Unai Emery has travelled to Portugal with a very strong squad but he has however included three youngsters and even some players that we have spent a long time without seeing like Carl Jenkinson.

ARSENAL SQUAD THAT TRAVELLED TO PORTUGAL

Here's who's made the trip to face @Sporting_CP ????????#UEL pic.twitter.com/xCqgthRn9w

So Petr Cech, Maitland-Niles, Dinos Mavropanos and Laurent Koscielny will miss this match because they aren’t fully fit enough to start playing. The gunners will probably use a strong eleven against the Portuguese club because it is a very tough opponent who are capable of ending Arsenal’s winning streak.

Emile Smith Rowe and Matteo Guendouzi are the only youngsters expected to start because these two have been impressive for the gunners when given chances to play. Deyan Iliev can’t start because the Arsenal boss will either use Bernd Leno or Emiliano Martinez in-goal