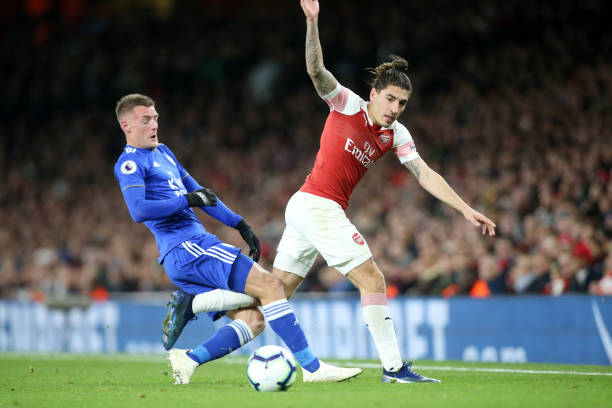 Hector Bellerin arrived at Arsenal from Barcelona as a youngster in 2011 and the Spanish right back has in the last few years become an important player at the Emirates Stadium because he has even proved that he owns the right back position.

Hector Bellerin was in the starting eleven that played against Leicester City last night and the right back had an impressive performance because he made two assists even though he was to blame for the first goal, he earned the forgiveness of the Arsenal fans by setting up the goals of Mesut Ozil and Pierre-Emerick Aubameyang.

Barcelona were interested in Hector Bellerin in the summer transfer window and they will probably try to convince him again in January because the playing style of the Arsenal defender is what they need in their team. With Arsenal having a new management of people who were able to decide that Ramsey should leave, I think Hector Bellerin won’t be leaving the Emirates Stadium unless the Spanish champions make a bid  of about £50million.

Arsenal has in the past been criticized for letting go of its players because they want money but the supporters want to see that system stop because it has cost them the Premier League trophy in the last 10 years. Arsenal is going to get a number of offers for Hector Bellerin from many clubs in the transfer window because the right back has been impressive this season but him staying at Arsenal will depend on what he has in mind.

Even though Arsenal might not just let go of Hector Bellerin easily but I believe that they would sell him if they received an offer of about £50million.

Confirmed And Expected Arsenal Players To Miss The Liverpool Game