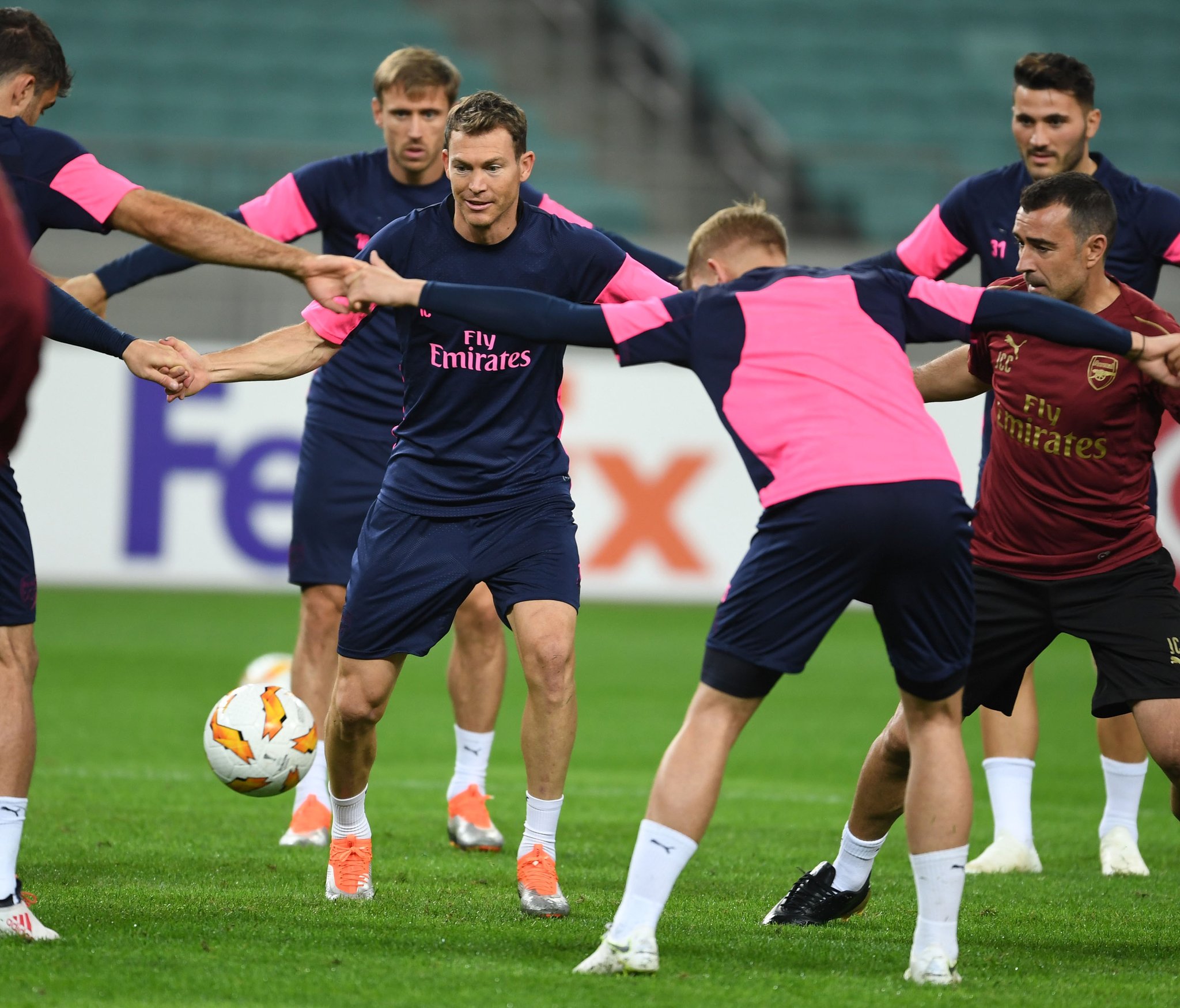 Arsenal will be welcomed at the Baku Olympic stadium today by Qarabag and the gunners will come into this match with the hope of winning so that they could retain their position as the group leaders.

Arsenal defeated Vorskla 4-2 to get its first Europa League win a few weeks ago and Unai Emery’s men have travelled to Azerbaijan to take on Qarabag who lost their opening match against Sporting Lisbon. Arsenal boss Unai Emery has went with a strong squad but has left players like Aubameyang, Ramsey and Mkhitaryan in London.

So here’s the expected Arsenal lineup to face Qarabag today

Bernd Leno will be in between the goal posts because Unai Emery hint while in his pre-match press conference that he wants to build the confidence of the German goalkeeper.

A partnership of Rob Holding and Shokdran Mustafi might be used again today because Sokratis isn’t fully fit to play. Stephan Lichtsteiner will play in the right back position while Sead Kolasinac makes his first appearance for the gunners in the 2018/19 season.

Mohamed Elneny and Matteo Guendouzi will be the holding midfielders today because the two haven’t been starting for the gunners in the Premier League. They will be hoping to have a perfect performance like which they had against Brentford.

The gunners will probably have an attacking midfield of Mesut Ozil, Alex Iwobi and youngster Emile Smith Rowe. In the past, Ozil used to miss such matches and would be left in London to rest but it seems Unai Emery is very different from Arsene Wenger.

Danny Welbeck had an exceptional performance against Brentford and will probably be the one to lead the attack line of the gunners when they face Qarabag today evening.