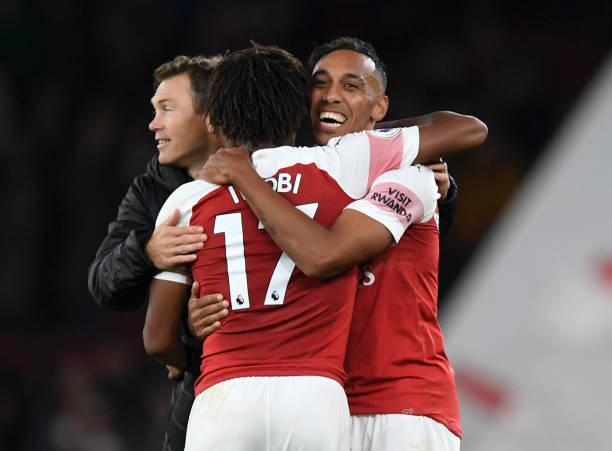 The gunners are in Portugal for their Europa League game against Sporting Lisbon and it’s going to be their third group stage match after winning the first two against Vorskla and Qarabag.

Arsenal yesterday released the list of the players that Unai Emery selected to travel with him for their trip to Portugal and the Spanish coach has surprisingly went with a strong one because none of his first eleven players were left in London. The lineup to face Sporting will be announced one hour before the match but let’s look at the expected eleven to face Sporting Lisbon.

Emiliano Martinez is expected to make his first appearance for the gunners today because Unai Emery will also want to start building his confidence because he will have few chances of playing when Petr Cech returns.

Sokratis has also travelled to Portugal and will probably be paired with Holding in the defensive area. Hector Bellerin and Lichtsteiner are expected to play as full backs today.

Unai Emery will use both Mohamed Elneny and Matteo Guendouzi in the central midfield roles because the two haven’t been starting in the Premier League.

Arsenal’s attacking midfielders will probably be Aaron Ramsey, Mkhitaryan and Welbeck because these three haven’t been getting enough chances to play.

Aubameyang will for sure start today after his performance against Leicester City.

So there you have it, tell us in the comments what you have to say about this expected lineup?