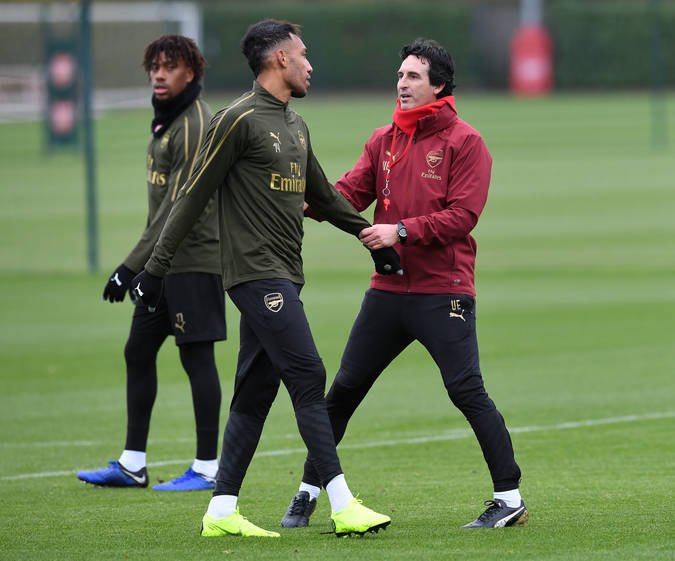 Arsenal will today travel to the Selhurst Park to face Crystal Palace and the gunners are expected to go with an experienced squad because they need this win to stay in the Premier League top four.

The gunners won their last match which was against Sporting Lisbon and they will be hoping to continue their winning streak today by collecting all the three points from the Eagles who also need a win to move away from the relegation zone.

Here is the expected Arsenal lineup to face Crystal Palace

Petr Cech has returned from injury and he is Arsenal’s first choice goalkeeper, I believe that Unai Emery will want him to start action today so that he can be sharp when they face Liverpool next week.

Sokratis has returned from injury too, so I expect him to be paired with Shkodran Mustafi today. Unai won’t afford playing a non left back again in that full back position so I believe he will use Nacho Monreal since the Spanish international has returned to full training, Bellerin will as usual start in the right back position.

Lucas Torreira and Granit Xhaka have owned their positions in Unai Emery’s starting eleven so there’s no doubt that they will start today.

Aubameyang will rejoin Unai Emery’s first eleven today after he scored a brace against Leicester City and Alex Iwobi might remain in there because the Arsenal boss has been impressed with how the Nigerian international has improved. Arsenal fans will also be hoping to see another good performance from Mesut Ozil. So Arsenal’s attacking midfield will consist of; Iwobi, Ozil and Aubameyang.

Danny Welbeck scored Arsenal’s winning goal against Sporting Lisbon but that won’t be enough to earn him a spot in today’s lineup because Lacazette has been impressive in the previous matches.