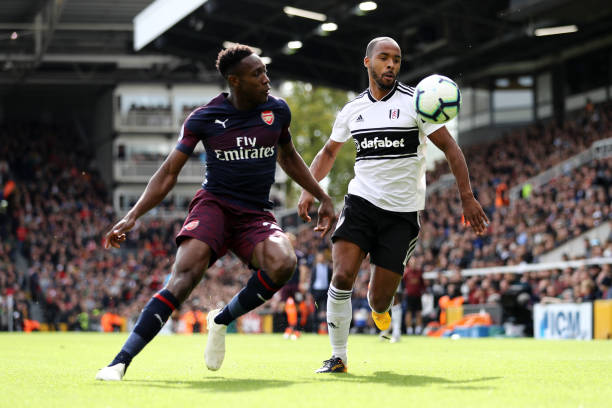 Danny Welbeck arrived at Arsenal in 2014 after the gunners agreed a deal with Manchester United to get the English star but he has however found chances limited at the Emirates Stadium because he has never become a regular in the four seasons he has been with them.

Arsenal is now under the management of Unai Emery and the Spanish boss kept Danny Welbeck yet everyone thought that the Englishman would leave the Emirates Stadium since he has failed to break into the first eleven over the years. Danny Welbeck has made a few appearances for Arsenal this season but he has managed to get four goals, so that great performance deserves to get him a starting spot.

Even though many may argue that Danny Welbeck needs to be a super sub who can be brought into the match when things aren’t going well but Unai Emery can try using him if he does intend on using the 4-4-2 formation in their next match because we did see him use it in the second half of the match against Fulham and everyone knows how Arsenal ended up winning the game with many goals.

It’s obvious that Welbeck can’t bench either Lacazette or Aubameyang in the starting eleven but he can be used as a winger in the 4-4-2 formation since he did play in it in the past. Unai Emery has tried playing Aubameyang on the wing but the Gabon international seems frustrated while in it but Welbeck can do much better in it if Unai Emery does switch to the 4-4-2 formation.

Danny Welbeck is in the final year of his current deal with the gunners and you can clearly tell that the striker is hungry to score goals when on the pitch because he wants to stay at the North London club. I believe that the gunners can get the best out of him if he is used in the 4-4-2 formation.

Revealed: Why Mesut Ozil Will No longer Be The Assist King

Should Unai Emery Give Emiliano Martinez A Chance In Europa League