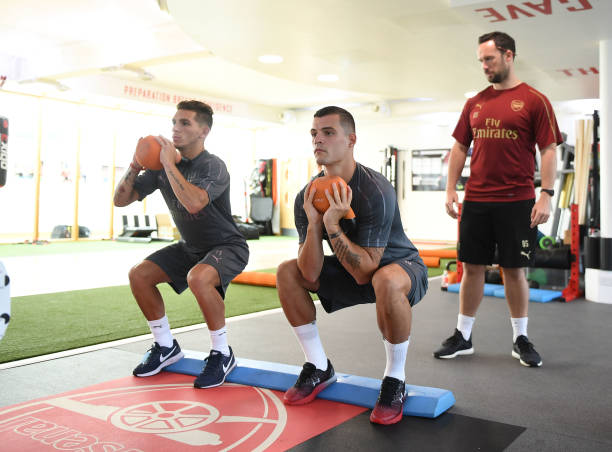 Last season, we saw Xhaka feature in a number of makeshift partnerships in the middle for the gunners and none of them offered enough protection to the defence effectively since he likes attacking.That led to the club pursuing new alternatives for the midfield hence seeing the arrival of Lucas Torreira from Italy and Matteo Guendouzi from the French League 2 side Lorient.

Lucas Torreira has been described as a mixture of Carzola and Kante. This season, Lucas has not been the preferred option to start perhaps to help him recover from the World Cup because he played many matches for Uruguay in Russia.

Xhaka has been paired with the 19-year-old Guendouzi to control the midfield in their first matches into the new season. Many Criticized Unai Emery for opting to pick the young French lad in place of the other experienced players. The Xhaka Guendouzi pairing looked good but lacked a bit of grit to it. This is because the two are not so different in their play. They both have great passing skills and usually like to storm forward but that awareness to just offer cover to the backline was not there.

The statistics show that the Torreira-Xhaka is the best partnership so far, being at the back of two clean sheets so far. The two combined well and complement each other. With reduced pressure, Unai Emery can still tinker a bit to see if another partnership will work out. For now, Torreira and Xhaka can do no wrong.