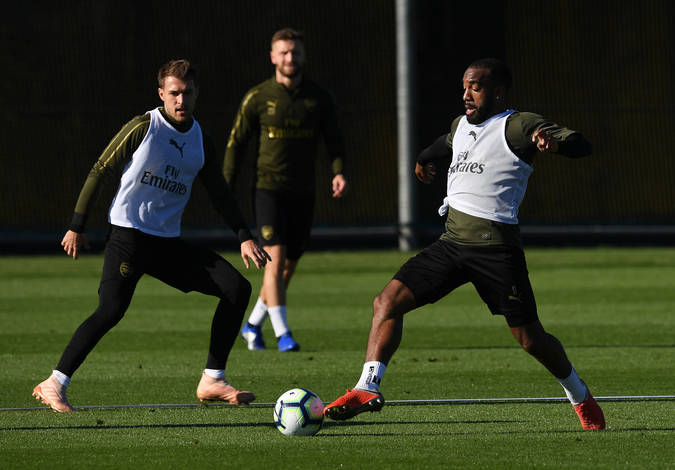 Arsenal has welcomed Leicester City at the Emirates Stadium tonight and the lineups have been released, and the gunners have come with a very surprising squad consisting of both Alexandre Lacazette and Mesut Ozil.

This is Arsenal’s first match since the international break ended and they are facing Leicester City who are hungry for points so that they can get back into the Premier League top 10.

It is surprising how Unai Emery has kept Pierre-Emerick Aubameyang on the bench yet the Gabon international was on form and even scored a brace against Fulham two weeks ago.

It seems Stephan Lichtsteiner has finally got his first Premier League start but he however will play as a left back even though he is a right back. Nacho Monreal and Sead Kolasinac are not even on the bench so this means Unai Emery had no choice but to play the former Juventus star.

Aaron Ramsey is again on the bench even though he had a fine performance against Fulham two weeks ago, this will fuel the transfer rumours linking him away from the Emirates Stadium.

Lacazette Speaks Out On Unai Emery’s Impact At Arsenal