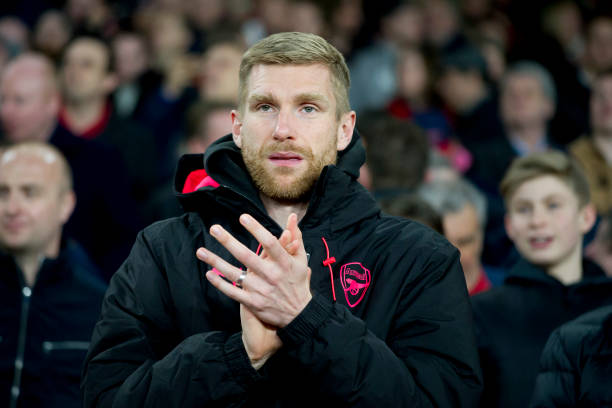 It’s been two months since this season begun and Arsenal is currently in the fourth position while their rivals Chelsea are second on the Premier League table. The gunners have been pretty good this season because they have gone from losing their first two matches to a winning streak of nine games.

Former Arsenal defender Per Mertesacker who is now an academy coach of the gunners believes that the North Londoners can learn something from Chelsea. Per Mertesacker spoke about the time Petr Cech was still at Chelsea and he says that it was always intense when they faced the blues because they would be “ruthless”.

Per Mertesacker was asked about Petr Cech’s performance at Chelsea before he arrived at the Emirates Stadium.

“His background at Chelsea, that is the way he won.” said Per in response to the question as quoted by Metro UK.

“You can feel when we went there it was always tough and we struggled to deal with the intensity and that defensive ruthlessness.”

“We can take that on. We have to learn and adapt to what Chelsea have brought.”

The gunners have for long been seen as a club which has light-hearted players and that it doesn’t impress when their opponent is ruthless and playing a physical game, the Arsenal fans will be hoping that their new boss Unai Emery will be able to fight and end that perspective about Arsenal.